RBTT workers stay away from work 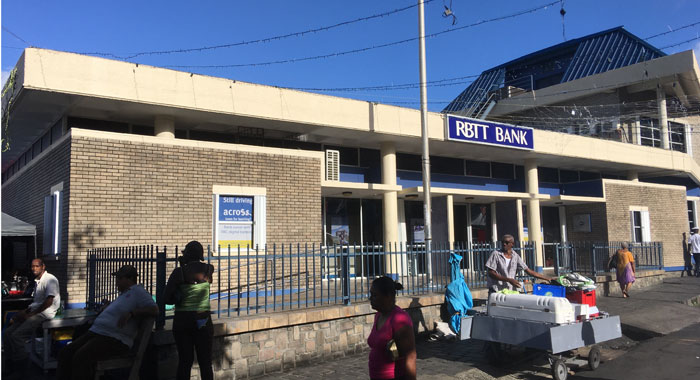 Persons hoping to transact in-bank business at RBTT/RBC in St. Vincent today (Friday) turned up to a closed bank as the staff is staying away from work.

Joseph “Burns” Bonadie whose Commercial Technical and Allied Workers Union represents the bank’s employees, told iWitness News around 9 a.m. that he was “not right now” in a position to comment.

However, a source told iWitness News that the staff is “standing up for the change of working hours and overtime pay according to the labour laws that were changed since 2008”.

The source said that the bank’s management has not made an effort to deal with this situation and has turned around and entered into an agreement with First National Bank of St. Lucia to sell the bank.

“Customers are left stranded outside the bank as 93% of the staff did not report to work today,” the source said.

When iWitness News visited the bank at 8:26 a.m. on Friday, the entrance doors remained closed, although the shutters were open.

iWitness News did not see anyone inside the bank but one person seemed to have been using the ATM services, which are accessible outside the bank.

A call to the direct line of the bank’s manager, Vonetta Rodgers, was answered by an automated system that asked that we leave a message.

iWitness News left a message asking Rodger for a return call, should she wish to comment on the development.

6 replies on “RBTT workers stay away from work”