Woman beaten in face with hammer 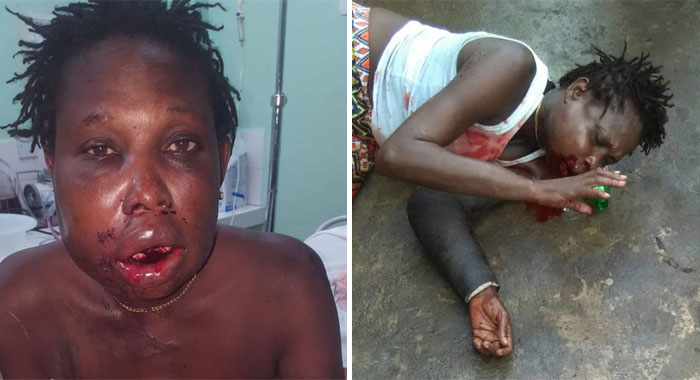 Monique Hutchin in the aftermath of the attack on Thursday.

A Cane Garden woman is in hospital nursing injuries to her mouth, reportedly inflicted with a hammer, and chop wounds sustained during an attack allegedly by a former lover on Thursday.

The woman, Monique Hutchins, 45, was attacked in the East Kingstown community even as she is recovering from two broken arms, sustained during an attack allegedly by the same man a month earlier, her daughter told iWitness News.

Anika Hutchins, who lives in Canada, told iWitness News, on Thursday, that her mother cannot speak as a result of the attack in which she lost several teeth, and which has left her with a swollen face.

She said that her mother was attacked a second time even as an arrest is yet to be made in connection with the first assault, which left her with a chop to the head, in addition to broken arms.

36 replies on “Woman beaten in face with hammer”