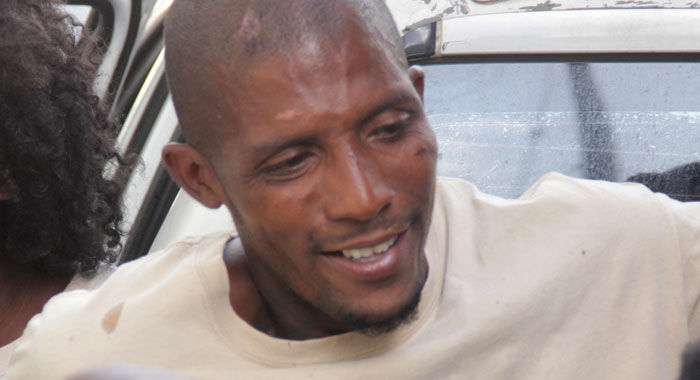 A man who is said to have “escaped” from the Mental Health Centre has been charged with burglarising Ace Hardware and stealing two cans of paint.

It was the second time in 2019 that the business place, located on the block bordering Lower Bay, Lower Middle, and Melville Streets in Kingstown was affected by such a crime.

Keon Quammie, 33, of Enhams/Argyle, appeared at the Serious Offences Court, in Kingstown, last week Monday, Dec. 30, charged that on Dec. 26, 2019 at Lower Middle Street, Kingstown, without lawful excuse, he damaged one window glass, valued at EC$1,200, the property of Ace Hardware, intending to damage such property.

He was further charged that, on the same date, he stole two gallons of Harris concrete and drywall primer, valued at EC$110, the property of Ace Hardware, Kingstown.

Prosecutor Renee Simmons asked the court to stand the matter down so that she could look into a report that Quammie had “escaped” from the Mental Health Centre, located at Glen.

When the matter was recalled, the court was informed that Quammie had run away from the psychiatric hospital a week earlier but had not been there on a court order.

Chief Magistrate Rechanne Browne ordered that Quammie be sent for psychiatric evaluation and a report be prepared for the court ahead of his next court appearance.

In a related matter, three Paul’s Avenue men were charged with handling stolen goods in connection with the paint that Quammie allegedly stole.

Nimrod Walters, David Browne, and Dwayne Cupid all pleaded not guilty to a charge that on Dec. 26, 2019, they received two gallons of primer, reasonably suspected of being stolen or unlawfully obtained.

They were each granted EC$1,500 bail and ordered to appear before the Kingstown Magistrate’s Court for trial.

In January 2019, Curtis Joseph, of Sion Hill, and Kamal “Condom” Small, of Vermont, were brought before the Serious Offences Court charged that, on Jan. 10, 2019, they entered Ace Hardware as trespassers and stole four five-gallon buckets of Ultima Harris paint, value EC$2,074, the property of Ace Hardware.