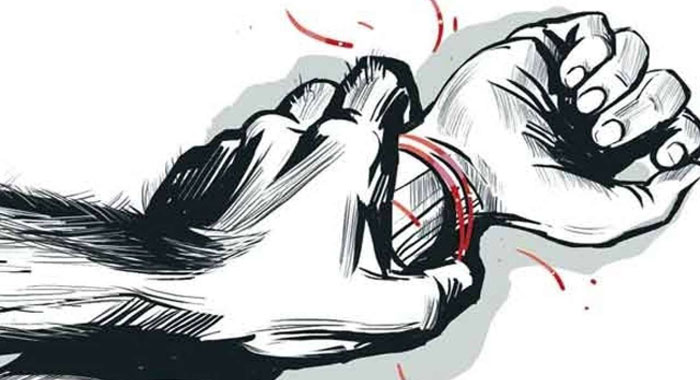 A 10-year-old girl was raped, in December, by her stepfather’s cousin who is in his 20s, her mother said in a radio interview on Wednesday.

The woman told Hot FM’s “AM Mayhem” that she has since ended her relationship with her then-boyfriend and that his family — with whom she did not have a good relationship — has become especially hostile to her because she reported the matter to the police.

Further, the woman, who described herself as a “young mother” said that her daughter’s father has threatened to kill her (the woman) over the alleged attack on his daughter.

iWitness News has since learned that the woman was a teen mom, is now 29, and lives in a Central Kingstown community.

She told the radio station that her daughter told her one early morning in December of the sexual assault.

One “fore-day morning” during the Nine Mornings festival, the child went to her mother at home and told her she had something to say and asked the parent not to punish her because of it.

The 10-year-old girl then told her mother that the young man who also lives in the same house and is in his twenties “does be harassing me”.

The mother claimed in the radio interview that the child, when questioned further, told her that on the first occasion, the man did not penetrate her but did so on the second occasion

The woman told the radio station that her daughter, who turned 10 last July, likes to comb hair and do nails.

The child sometimes combs her stepfather’s cousin’s hair and used to do so in the living room, where they lived on the ground floor of a two-storey house.

“I saw it couple times [more than once] but I never think that that would really take place,” the mother said.

However, according to what the child reportedly told the police in her mother’s presence, on the day of the assault, the man told the child to come to a bedroom to comb his hair.

After she was finished combing his hair, the man held her by her hand, and pulled her back into the room, which has two beds.

The child was able to escape his grasp and she ran around on the beds in the room before the man caught her, threw her onto the bed and raped her.

“She said when she saw him coming on her she closed her eyes and that is where it took place.”

The woman said that there is a jukebox on which music is regularly played in the household and normally one cannot hear what is taking place in that room, because of the design of the house.

The woman said that when the child told her of the assault, she sought advice from her boyfriend, the child’s stepfather, who immediately said that the child was lying.

The woman told her daughter that she would take her to the doctor in the morning, but she was so bothered by the development that she got up and went to the hospital and told a nurse what had happened.

She said that the doctor at the hospital referred her to the Sexual Offences Unit at the Questelles Police Station.

The daughter recounted her experience to the police, who took her to the Buccament Bay Polyclinic for a medical examination.

“I was so scared, so frustrated,” the woman said.

The woman said that the police officer said that she (the mother) had to be present during the consultation.

“The doctor said, ‘Yes, she has been touched multiple times.’ When I heard that, it’s like I can’t even hear anymore what the doctor was saying or whatever.”

She said that multiple tests were conducted at the hospital and some were done at private facilities.

The woman said that when she got home from visiting with the doctor and the police, her boyfriend and his sister were on the upper floor of the two-storey house and told her that she did not have to put the matter in the hands of the police.

The mother further said her boyfriend’s sister went on to tell her that they could have taken the child to the doctor “and know what’s going on”.

“She is like, ‘We could have deal with this different,” the mother said.

“I turned to her and I said, ‘If this was to happen to you, what would you really do?’ She responded and said, ‘I would have asked questions.’

“I said, ‘Knowing you and this family, you would have never asked question’

“They said I am putting a stain on the house. That is what they told me,” the woman recalled.

The woman said she has since ended the relationship with her boyfriend, but he comes to visit their daughter.

“He ain’t giving me no good response. We don’t even talk about it. Every time I bring up the topic, he try and change the topic. The last time I talk to him, he said, ‘You know it’s not true. You know he wouldn’t do something — because the police would have done — As soon as I make the report he would have been locked up.’

“I said, you know police; they do what they have to do.”

“One time he would talk good, but no good responding,” the woman said, adding that before the incident, her boyfriend, which whom she has a biological child, had been a loving father to his stepdaughter.

Regarding her relationship with her boyfriend’s family, the woman said, “we all time at war since I’m living there”.

She said that one of her boyfriend’s sisters has described her daughter as “a dreadful liar”.

“It’s like all of them, even family members overseas, calling me and threatening me from Barbados and America.”

She said she has reported the threats to the police, adding that one of her relatives told her that she needs to stop saying what she is saying  “because is fire I dealing with”.

The woman said that her child is not coping.

“It’s like — night-time she cannot sleep now that it is out… My daughter is not coping with this well,” the woman said, adding that she does not know how long the sexual assault had been going on.

The woman said she had noticed that her daughter had been moving “funny” before she told her of the assault.

She said she had taken the child to Campden Park clinic “with that situation”.

“But the doctor didn’t check her. The doctor said probably how she developing and — you know children them time,” the woman said.

The woman said that the biological father of the 10-year old has also threatened her (the mother’s) life.

“He wanted to take it into his (own) hand. He keep calling and cussing and threatful talk and this one I did take serious. I know my child father  — when he tell me, ‘I will leave your head one way and you body one way if I don’t get justice for my daughter.”

She said she also reported this to the police who accepted the report.

The woman said that the child’s father had asked for a photo of her alleged rapist.

“I tell him leave it in police hand,” she said, adding that the child’s father said that if they left it in the hands of the police, the law enforcement officers would not do anything about it.