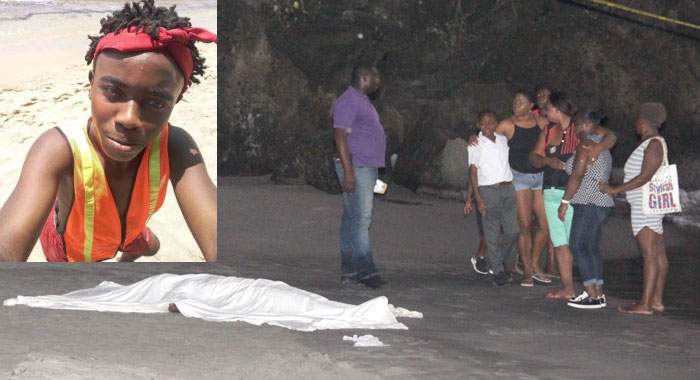 An 18-year-old Layou resident died at Buccament Bay, on Wednesday, where he had gone swimming with friends.

The teen’s mother identified him at Dernick Patterson.

Persons who were at the beach at the time of the death told iWitness News that it occurred sometime around 4 p.m.

They speculated that Patterson struck his head while jumping into the sea from an area of the headland called Kitty Hole.

The teen’s body was removed from the water.

Police have launched an investigation into the death.