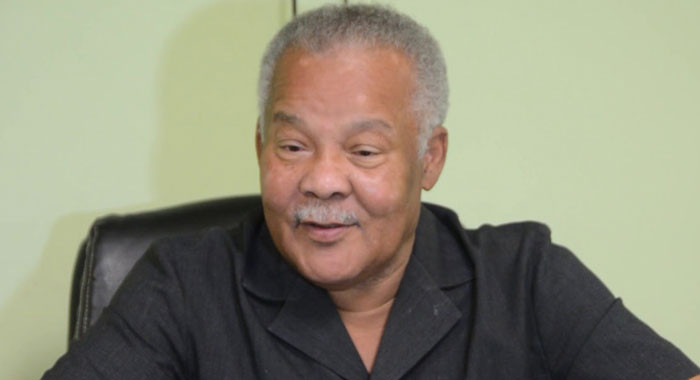 Former Prime Minister of Barbados, Owen Arthur is now chair of LIAT’s board of directors.

Former Barbados prime minister Owen Arthur has been confirmed as chair of LIAT’s board of directors.

The regional carrier said on Thursday that Arthur was elected after the airline’s annual meeting in Antigua on Monday.

Arthur currently serves as a professor of practice at the University of the West Indies.

“He has served the Caribbean as a learned statesman including his work presiding over the regional process to revise the Treaty of Chaguaramas to establish the Caribbean Single Market and Economy (CSME),” LIAT said in a press statement.

The new board has tasked Arthur to undertake a special assignment to meet with regional prime ministers to discuss sustainability of the airline.

“This assignment will be supported by other directors and the management team of the airline,” the press statement said.

The other members of the new board of directors are:

Michael Holder — an airline executive with over 36 years of operational and management experience across the Caribbean and at John F. Kennedy International Airport, New York.

Mark Maloney — a Barbadian entrepreneur with over 30 years’ experience in the construction, real estate development and manufacturing industries.

Robert Riley — a former chief executive officer, BP Trinidad and Tobago and Head of Safety and Operations Risk, Safety Risk Leadership and Culture, BP PLC, London. He has previously served on the board of Caribbean Airlines.

Juanita Thorington-Powlett — a former permanent secretary in the Government of Barbados. She has served the region in several capacities including at the Caribbean Development Bank, the Barbados Tourism Investment Inc., LIAT and the CARICOM Development Fund

Isaac Solomon — a financial services professional with several years of experience in the public and private sectors, including regulatory policy. He has served the region in the banking sector for over 13 years and as a director of LIAT for over 18 years.

Carolyn Tonge — Budget Director in the Ministry of Finance and Corporate, Antigua and Barbuda. She has experience in budget development, financial report and analysis and macro-fiscal forecasting.

Lennox Weston — Minister of Works and Minister of State in the Ministry of Finance and Corporate Governance in Antigua and Barbuda. He is trained in management, economics and finance. He is a Hubert Humphrey fellow and worked as a permanent secretary, financial secretary and private consultant in Antigua.

Sir Robin Yearwood — Minister of Public Utilities, Civil Aviation Transportation and Energy in the Government of Antigua and Barbuda. He is an accountant by profession and has worked in the hospitality industry for decades.

LIAT operates a fleet of ATR 42 and ATR 72 aircraft across a regional network of 15 destinations.

It is owned by regional shareholders, with the majority being the Governments of Barbados, Antigua & Barbuda and St. Vincent and the Grenadines (SVG).

Prime Minister Ralph Gonsalves of SVG is chair of the shareholder governments.