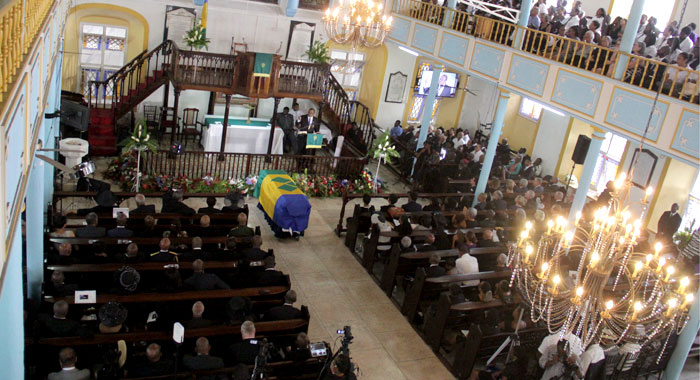 Former Governor-General, Sir Frederick Ballantyne was buried in Kingstown on Wednesday after a funeral service at the Methodist Church in the city.

Before the funeral service and interment, he lay in state at the House of Assembly Chambers in Kingstown.

Sir Frederick, a cardiologist, was St. Vincent and the Grenadines’ longest-serving governor-general, his tenure lasting from September 2002 to July 2019.

Before his death, he arranged several elements of his funeral, including the type of coffin he wanted and the preacher who would deliver the homily.

Here are some of the moments we captured at the funeral.

One reply on “IN PHOTOS: Sir Frederick’s funeral”