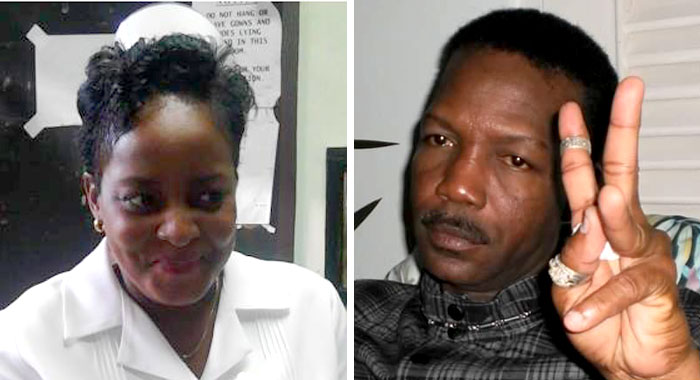 The deceased, Arianna Taylor-Israel, left, and her husband, Mitch Israel, who has been charged with murder in connection with her death.

The 57-year-old Lower Questelles man who is suspected to have shot and killed his wife outside their son’s school on Thursday has been charged with murder.

Police, on Saturday, charged Mitch Israel, with the murder of his wife, Arianna Taylor-Israel, who is said to be in her 40s.

Taylor-Israel, a Cuba-born nurse who has been living and working in St. Vincent and the Grenadines since 2001, was gunned down outside St. Martin’s Secondary School about 3:30 p.m. Thursday.

The couple’s elder son is a student at the school, located in Kingstown Park.

Taylor-Israel died at the Milton Cato Memorial Hospital — where she worked –about an hour after the shooting.

iWitness News understands that police charged Israel Saturday afternoon after recovering the licensed revolver he is alleged to have emptied on his wife on the day she served him with a writ of divorce.

Israel is said to have left the scene after the shooting and police arrested him in his vehicle in Lower Questelles, where he and his wife lived with their sons.

Taylor-Israel’s death has raised questions about police handling of domestic violence cases and threats to kill.

iWitness News was reliably informed that Taylor-Israel made three visits to the Questelles Police Station in the last five days of her life in connection with her husband’s alleged threat to kill her.

She is said to have made multiple reports to police dating back years.

The killing has also raised questions about the process through which some persons are given firearms and why they are allowed to keep their weapons in light of certain information in the public sphere.