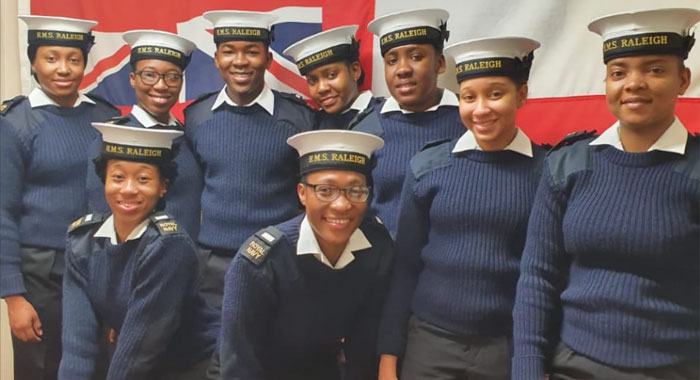 The nine Vincentians after their passing out parade.

Nine Vincentians proudly marched their way to become sailors in the Royal Navy on Jan. 31.

It was a moment of tears, joy and relief as they stood before their families, friends and loved ones on the courtyard in HMS Raleigh, Plymouth for the final time as recruits.

Adams is a former graduate of the Girls High School and the St. Vincent and the Grenadines Community College, who went on to become a teacher.

Wells, a former accounts supervisor, is no stranger to the military as she attained the rank of sergeant in the St. Vincent Cadet Force.

She had a passion to join the Royal Navy upon graduating from the SVGCC but faced a set back when the military closed applications from the Commonwealth.

However, her opportunity came when the Royal Navy visited St. Vincent last year to recruit sailors.