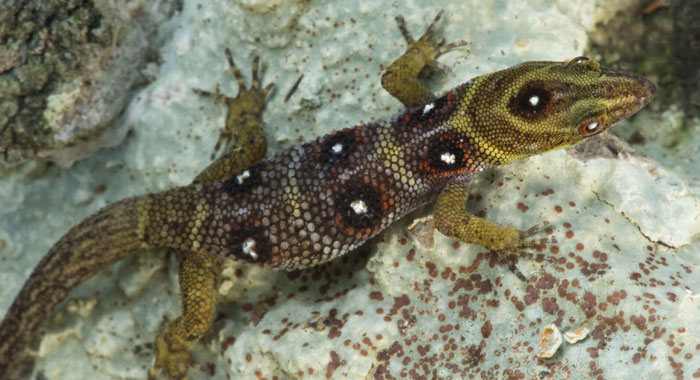 The Union Island Gecko, which is endemic to the southern Grenadines island after which it is named and which is popular globally in the illegal pet trade, has been accorded international protection.

Minister of Agriculture Saboto Caesar made the disclosure in Parliament last week as Terrance Ollivierre, MP for the Southern Grenadines, where Union Island is located, called for legal protection of the tiny reptile.

Caesar thanked Ollivierre for raising the issue and went on to say that the gecko has been accorded the highest level of protection under the Convention on International Trade in Endangered Species of Wild Fauna and Flora, (CITES).

“… in fact, it was actually done about two months ago — placing the species in appendix one of CITES, which is the highest protection,” Caesar said.

“I must underscore that this was not publicised to the best that could be done because as it pertains to turtles, we have a big campaign on that — publicising the protection, the issue of the parrotfish and the shark finning,” the minister told Parliament.

He said an international campaign will ensue so that the general public will have the information.

“In fact, it was done in Geneva, Switzerland about two months ago, and a campaign will take place,” Caesar said.

In calling for legal protection of the gecko, Ollivierre described it as a “beautiful gem”.

“It’s a tiny, breath-taking lizard, Mr. Speaker, with jewels on it,” Ollivierre said, adding that the gecko’s weight is said to be about that of a pinch of salt and is three centimetres long.

He said persons were poaching the gecko and selling it abroad.