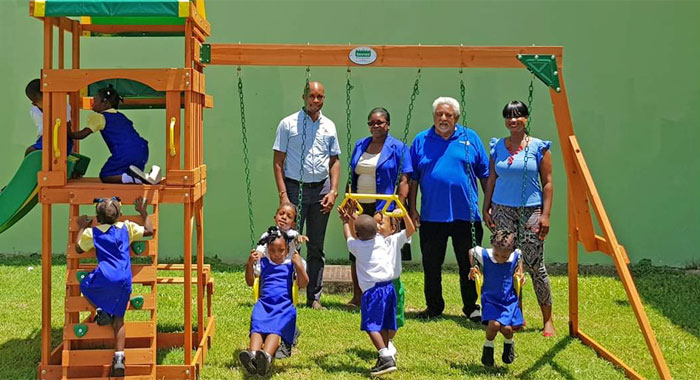 The Rotary Club of St. Vincent South has assembled and handover three swing sets to schools in St. Vincent.

In January, the club donated the last set to the Owia Primary School, whose principal, Natasha Nero, expressed gratitude on behalf of the Kindergarten class.

Members of the club spent just over three hours assembling the swing set, which proved to be too long for three eager children of the community who were very excited to be the first ones to “christen” the playground.

The other swing sets were donated to the Fair Hall Primary School and Vinsave in the latter half of 2019.

“The Rotary Club of St. Vincent South continues to thank the general public for their past assistance and looks forward to continued support in the years to come,” the club said.