The catastrophe of plastic 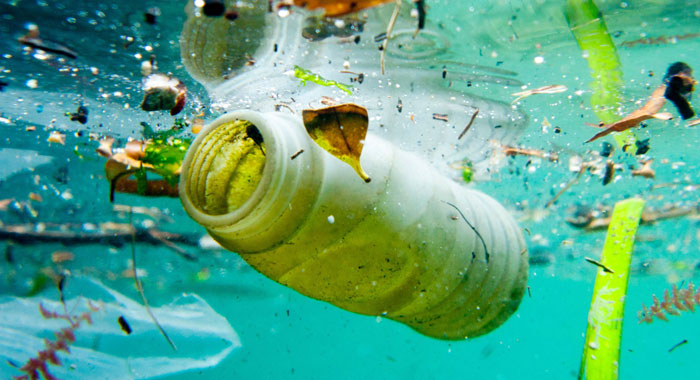 Single-use plastic is any plastic that is used once and is discarded, for example, plastic bottles, plastic straws, plastic bags, plastic food wrappers.  According to the United Nations, each year, an estimated eight million tonnes of plastic ends up in the ocean. This is equivalent to a full garbage truck dumped into the sea every minute. The article further states that 60 to 90% of the litter that accumulates on shorelines, the surface, and the seafloor is made up of plastic.

Around the world, one million plastic bottles are purchased every minute, while up to 5 trillion single-use plastic bags are used worldwide every year.  Plastic is non-biodegradable, meaning that they remain in the environment for a very long time. When plastic enters the ocean, they are broken down by sunlight, wind, and wave action into “microplastics”.

Microplastics are small pieces of plastic less than 5 millimetres in size, which are worn down from larger plastics. Marine animals usually mistake microplastics for food. The micro blocks their digestive system, causing them to die. A dead whale that had washed up in the Philippines had 40kg (88lbs) of plastic bags inside its stomach. There were 16 rice sacks and “multiple shopping bags” in its stomach. This video of a plastic straw stuck in the lungs of a turtle sent shock waves around the world.

The blue economy is the overall contribution of the ocean to economy, the need to address the environmental and ecological sustainability of the ocean, and the ocean economy as a growth opportunity for both developed and developing countries. How are countries around the world going to achieve the blue economy when the ocean is being used as a landfill? There are some countries that have already started to put measures in place for reducing their “plastic footprint” while others are not doing enough. The blue economy would not be achieved globally if citizens of each country do not unite to reduce their “plastic footprint”.  Here are some tips for alleviating plastic:

The ocean provides a livelihood for fisher folks, it provides us with seafood which we depend on for protein, and it also contributes significantly to the Gross Domestic Product (GDP) of a lot of countries. When our house is dirty, we clean it, when our clothes are dirty, we wash them, why pollute the ocean? And what would you be doing to reduce your plastic footprint?

3 replies on “The catastrophe of plastic”