In a failed economy, everyone’s a victim 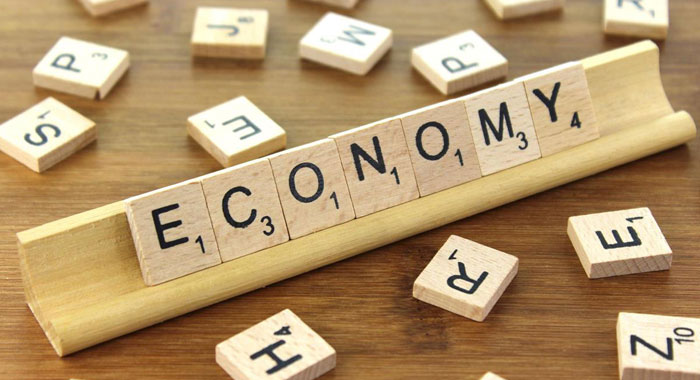 A relative of mine dropped out of high school at a very young age. Both parents having left the country, she was pretty much left to figure life out alone. About two years after dropping out of secondary school, she became a teen mom, now having to raise a child and learning what it means to be a parent, cutting short her own childhood and completely unprepared for parenthood.

Lacking financial support or a stable environment, the basic essentials that she needs to thrive, she was determined to rewrite her destiny against all odds. All of the setbacks and circumstances didn’t deter her. She was strong-willed; she was determined. Her first plan of action was to take a bartending course and become certified, which she did within a few months. She was proud of her accomplishment. She then put together her resume, which wasn’t very extensive or exceptional, but what it lacked in content was made up for by being clear and precise. She went on to take her resume to several bars. She received a call for an interview within two days; she beamed with hope and excitement. As the reality sank, in she felt unprepared, never before had she had a job interview. Determined to make the best first impression, she sought advice on how to interview for the job, and after some practice, she went on the interview and landed the job as a waitress.

Again she felt a sense of pride and excitement but her emotions were quickly extinguished by the reality that she had no funds for a uniform or passage to get to her first day of work, she had made it this far and wasn’t going to give up yet.

Eventually, she was able to borrow some funds, put herself together and went to her first day on the job. The job required odd hours and long shifts, at times finishing at 3 a.m. or later. Within her first two nights of employment as a waitress, she tasted her first job disappointment after having made $22 tips, the bar she worked for forced employees to give up all tips to the bar. This crushed the joy she felt of providing excellent service that earned her a tip. She contemplated quitting but needed the job for the income and decided to stay on.

Within two weeks of her employment, another bar offered her a waitress job with similar pay but, in addition, workers were allowed to keep their tips. This offer excited her, and she quickly made the decision to join that establishment. On her first night of work, she made some tips, which she was able to keep. Now she began to feel her efforts were worth it. The long shifts and odd hours were more tolerable but it wasn’t too long before she would taste her second disappointment.

It was the end of the month and employees were scheduled to be paid but didn’t receive their wages on time. She went to work for another week without receiving the previous month’s pay. Not having much money to continue traveling to work without pay eventually took its toll and she ended up quitting during the second week of no-pay for the previous month’s work.

Her situation worsened. She was back at home with no money, no other skills and no other job offer. Even if she were to get another offer, she had no way of getting to work without the funds needed to pay passage. It was then she began to recoil back into the stress of being jobless and raising a child in a country that provides no benefits for its citizens, unemployment, disability or otherwise. She became depressed, and to distract herself from the reality of her life that felt nothing but hopeless, she would go out and socialise with others who also had struggles similar to her own.

This unproductive lifestyle led her further into the abyss and not too long after, she became involved in a domestic violence dispute that saw her charged with attempted murder. All parties involved, including the victim, were all under the ages of 20 and unemployed.

While I do not condone violence of any kind, a harsh reality that we fail to see is that, while the parties to the crime could have chosen nonviolent part, another or better solution is that they could have either been in school or employed being productive members of society. The system failed them all first, even the jobs failed them. Expecting persons who are undereducated to make sound life decision is impractical. The exploitation of Vincentians by private companies and the government leaves the members of society unproductive and falling into the only possible outcome — chaos.

5 replies on “In a failed economy, everyone’s a victim”