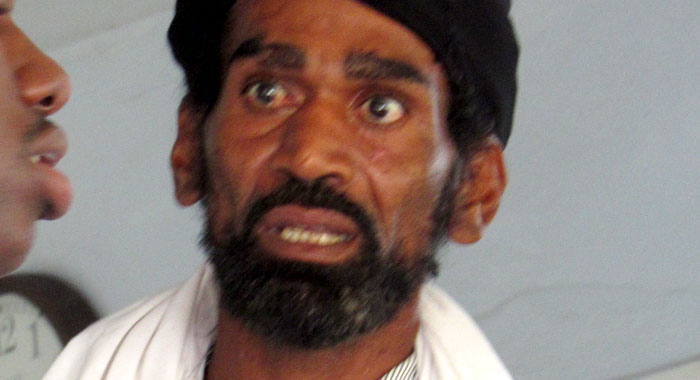 The Diamonds man who was, on Monday, denied bail amidst a claim by the prosecution that he was wanted in Grenada has been denied bail again.

Moses Maharaj was denied bail at the Georgetown Magistrate’s Court on Thursday although he said he had been interviewed and released in 2016 in connection with a drug bust in Grenada.

When the matter was called before Magistrate Bertie Pompey in Georgetown on Thursday, Prosecutor Police Sergeant Renrick Cato informed the court that the Crown had documents from Grenada in relation to Maharaj.

He said there are photographs and copies of a warrant of arrest for two counts of drug trafficking.

The prosecutor showed the documents to the court.

With neither the prosecution nor the magistrate giving any further details about the matter, Maharaj intervened telling the court that the case was an old one.

He said the matter was from 2016, and he was arrested and interviewed in St. Vincent and set free.

Pompey said that if the matter was not called at the time, it means that Maharaj has been set free.

Cato, however, asked that the defendant be denied bail.

Pompey remanded Maharaj until March 12, the date set for a trial in connection with unrelated charges.

Maharaj appeared in court on Monday, charged that on Feb. 15, at Diamonds, in circumstances likely to cause a breach of the peace, he made use of indecent language to Police Constable 746 Ollivierre, to wit, “Pussy, no one man f***ing police can’t lock me up. You na no f***ing bad boy — gunshot fuh you m***er c**t.’

He was further charged that on the same date and place, he raised a Hairoun bottle at Ollivierre to prevent lawful apprehension of himself.

A third charge is that on the same date and place, he assaulted Ollivierre, resulting in actual bodily harm.

Maharaj pleaded not guilty to the charges.

Cato had objected to bail telling the court that Marahaj was wanted by police in Grenada.

Cato said the Crown was fearful that if granted bail, the accused man would abscond.

Maharaj had seemed surprised when he heard that he was wanted by police in Grenada.

2 replies on “Man cleared of ‘wanted’ allegation but denied bail”