Man fined for urinating in public 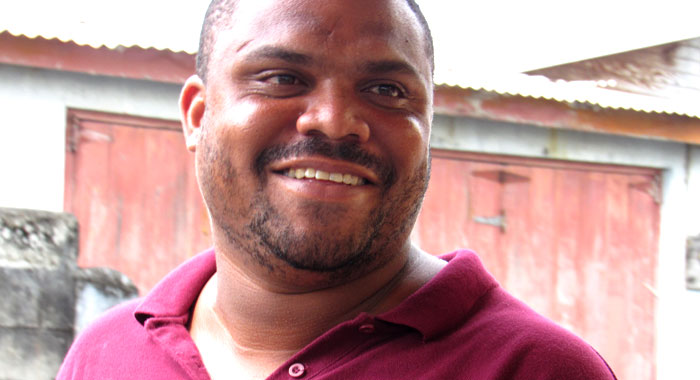 Caught with his trousers unzipped and his privates exposed in a public place, a Park Hill van driver who told the court that he had “an urgent call to urinate” will have to pay for his actions.

Andres “Geesh” Latchman, 35, was found guilty last Monday, at the Georgetown Magistrate’s Court of urinating in public and four other charges.

Magistrate Bertie Pompey found Latchman guilty of wilfully exposing his person in a public place, to wit the Georgetown public road; urinating in public; using his vehicle to travel backwards unnecessarily; quitting the driver’s seat of his motor vehicle with the motor running; and, hindering the free flow of traffic.

Superintendent of Police (ASP) Williams, a witness in the case, told the court that about 4:50 p.m. on Jan. 15, he was walking along the Georgetown Police Station Car Park, dressed in a polo tee shirt, which had the police crest on the left breast.

Williams, who is divisional commander of the eastern police district — from the North Union Farmers Market to Fancy — testified that he saw two vehicles approaching from the Langley Park area.

H2516 was in the front of a red omnibus, the officer said, adding that on reaching Aeropost, opposite the car park where he was, Latchman stopped the vehicle, H2516, in a manner in which traffic flowing on both directions was interrupted.

The senior police officer said that Latchman alighted from his vehicle leaving the engine running, and crossed the street to persuade persons to board his bus.

The superintendent said that on seeing the obstruction that H2516 has caused, he called to the defendant, identified himself as police officer and asked him to position the vehicle so that the flow of traffic is not interrupted.

Williams said he had just told the defendant that he (Williams) was reporting against him when the defendant walked to the back of the van, unzipped his trousers, took out his penis and started to urinate in full view of a number of ladies, including senior citizens, who were under the Aeropost building.

The police officer said he called out to the defendant and asked if he seriously was going to urinate there.

“Man you does pee anywhere too,” the officer said the defendant responded.

Williams told the court that Latchman then instructed the conductor to turn off the engine of the vehicle, which the conductor did.

The police officer further said that while he was walking back to the station, he heard someone say, “Watch stupidness here now!”

The superintendent told the court that Latchman had reversed a distance in excess of 100ft, from the Methodist Church to the police station.

Williams was telling then told the court that after reversing, he (Latchman) said he was coming “to find out”.

The police officer then stopped and told the court that he would quote Latchman directly.

“Me come ask da man ya, whey he a report against me fah!” Williams quoted Latchman as saying.

Williams said that about five minutes later, the conductor, Frederick Ballantyne, came into the police station and he asked him if he had a conductor’s permit, to which he responded no.

Ballantyne was charged, and, also on Monday, pleaded guilty to the charge that he acted as a conductor without a permit authorising him for that purpose.

In his defence, Latchman told the court that he did not quit the driver’s seat with the engine on; neither did he reverse more than 45ft.

He said his vehicle has a gasoline engine and one can hardly hear the sound.

He said further, that the traffic flow leaving or entering Georgetown was fine and there was no interruption whatsoever.

During cross examination by prosecutor Inspector of Police Junior Nero, Latchman admitted that he stopped at Aeropost and he spoke with two ladies that were there.

When Prosecutor Nero asked him, “Why did you come outside of the vehicle?”

Latchman responded, “I had an urgent call to urinate!”

“In my opinion, even 45ft is too great to reverse”.

He said instead, the defendant should have found a turning spot and driven back to the station.

With reference to urinating in public, Pompey said it is “only in St. Vincent people do these things”.

He spoke of an experience he had on an overseas trip, where he had to resort to a train station washroom to relieve himself.

Latchman was reprimanded and discharged for indecent exposure.

For littering by urinating in public, hindering the flow of traffic, using a motor vehicle to travel backwards unnecessarily and quitting the driver’s seat with the motor running, Latchman was fined EC$250 on each charge.

He was given one month to pay the fines or go to prison for two months on each count.

Latchman had previously pleaded guilty for allowing Ballantyne to ply his trade as a conductor without a licence. The court reprimanded and discharged him for that offence.

13 replies on “Man fined for urinating in public”