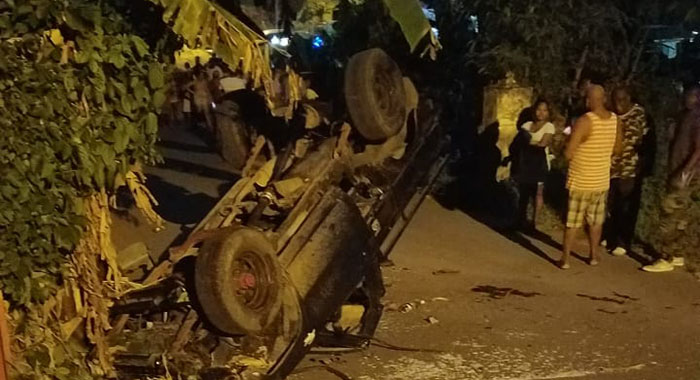 The scene of the accident.

Police are investigating a motor vehicle accident in Sandy Bay that resulted in the death of one woman Sunday night.

Details are sketchy at this time, but iWitness News understand that the woman, who is said to be from Magum, died at the scene when the vehicle overturned.

Photos obtained by iWitness News show two persons, one of whom appears to be a man, lying in the road at the scene.

A part of the vehicle appears to be resting on the other person’s chest.