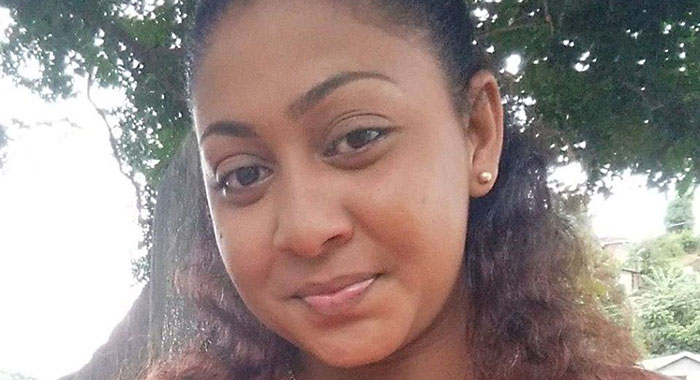 The main opposition New Democratic Party (NDP), on Monday, said it is “deeply concerned and saddened about violence against women” in St. Vincent and the Grenadines, saying criminal activity and acts of violence has no place in the country.

“It is a concern for everyone. Violence against women and girls is violence against the whole society,” the party said, two days after a woman died after being stabbed, allegedly at the hands of her lover.

Mickeisha Gumbs, a 26-year-old Park Hill mother-of-three, is said to have been attacked while holding her youngest child, who is one year old.

The NDP said that when it learnt so Gumbs’ death, allegedly at the hands of a Man with whom she had a relationship, “it seem[ed] all too familiar.

“We could not help but remember that on or about January 4th 2020, another woman, Ms. Hutchins, was reportedly beaten with a hammer, allegedly wielded by her former partner.

“We also recall sometime on the eve of Wednesday 29th January 2020 voice-notes were circulated on social media with the voice of a young woman pleading with a man to stop beating her, as he threatened to kill her.

“Then on January 30th 2020 there was the horrific news about Arianna Taylor-Israel, a local nurse who was shot to death allegedly by her estranged husband,” the party said.

The NDP said these are only the recent high-profile cases, “but the problem of violence against women, including sexual violence, reaches into every community and walk of life.

“Any such act of violence or abuse is one incident too many. We must do more to protect women and girls in SVG.  It is unacceptable and deeply disturbing to us that women no longer feel safe in their own homes and on our streets, while doing simple everyday activities,” the party said.

The NDP said that its president, Godwin Friday, who is also Leader of the Opposition, in response to the reports of Gumbs’ death, said:

“I am deeply saddened by this senseless act of violence that has taken the precious life of a mother and left her three young daughters to grieve and try to come to terms with a terrible loss.

“We in the NDP condemn in the strongest possible terms these violent acts perpetrated against women and girls in our country, and indeed wherever they occur. It is time for constructive national dialogue and effective action to protect those most at risk and discourage and punish perpetrators.”

The NDP said it remains committed to collaborating with the government, other institutions and individuals in efforts to end violence against women in SVG.

Meanwhile, in a Facebook post on Sunday, Minister of Gender Affairs, Frederick Stephenson, he was “so sad” to learn of “another gruesome murder of our women in Park Hill yesterday.

“What is wrong with our men? No man has a title deed for the life of a woman. You don’t own her. She is not your car, house, land or your property,” the minister said.

He appealed to “men to please treat the women with respect and decency.

“They are your mothers, spouses, daughters, sisters, nieces and aunts,” he said, adding that all persons were created in the image of God.

“Remember the Commandments ‘Do not Kill.’ If both of you cannot see eye to eye walk away. Turn the other cheek. Violence is not the answer.

“Let us be a people of Love.

“As Minister with responsibility for Gender Affairs I condemn wholeheartedly the senseless killing of our Women. Men time to change your attitude towards the women of our country,” Stephenson said.