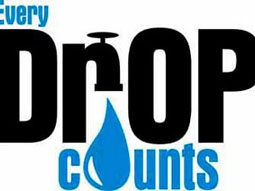 The Central Water and Sewerage Authority (CWSA) is reporting that the drought conditions presently affecting St. Vincent and the Grenadines has gradually resulted in a significant reduction in river flows at the majority of its major water sources.

The Montreal system is the worst affected, where river flows are now below 50%.

The CWSA, therefore, has activated its dry weather emergency response plans which includes:

Leaks can also be reported at the CWSA emergency line at +17844571445 and on the CWSA Facebook page, the authority said.