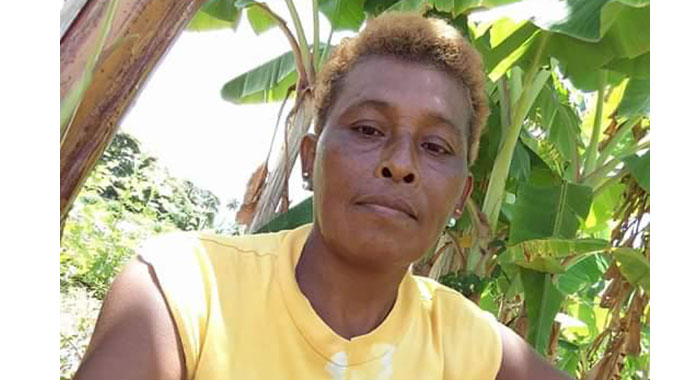 The vehicular accident that occurred in Sandy Bay, on Sunday, claiming the life of one woman has left her children broken.

Dead is Lucille Brackin, 46, of Magum — a small village between Sandy Bay and Overland, in northeastern St. Vincent.

Tomeshia Brackin, daughter of the deceased, told iWitness News, on Monday, that her mother was a very jovial person who enjoyed sports, hanging out with friends and having fun.

Brackin said that on hearing the news of her mother’s death, she “was trying not to believe”.
However, her worst fears were confirmed when she visited the scene Sunday night.

Brackin said that her mother left home in the evening with about four other persons. “I know definitely she was on the jeep because I was going to the shop and they were coming out the gap. I heard her mouth on the jeep. They were heading to Sandy Bay,” the daughter said.

She told iWItness News she did not know why the group was travelling to Sandy Bay.

The deceased had another child, a 16-year-old Form 3 student of Sandy Bay Secondary School.

Her daughter said that while her brother was impacted by the death, his friends were trying to distract him from it.

Police have launched an investigation into the circumstances surrounding the fatal accident, which occurred along the Sandy Bay Public Road about 9:40 p.m. Sunday.

In a statement on Monday, police said that their investigation reveals that motor vehicle TH 994, a black pick-up, driven by Nicholas O’Garro of Sayers, Mesopotamia, was travelling from Sandy Bay towards Georgetown.

On reaching the vicinity of the Zero Tolerance Bar, at Sandy Bay, the vehicle ran off the road onto a bank and reportedly overturned.

Brackin was among four passengers — two males and two females — on board the vehicle.

She was pinned under the vehicle and the district medical officer pronounced her dead at the scene, police say.

The other passengers of the vehicle were rushed to the Georgetown Hospital for medical attention.