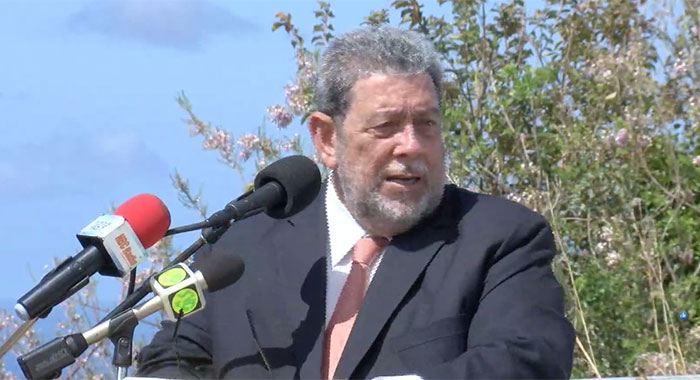 St. Vincent and the Grenadines (SVG) will hire some 20 nurses, locally, as well as three medical doctors and 12 nurses from Cuba who specialise in handling infectious diseases, including COVID-19.

On Wednesday, Kingstown announced its first case of the virus – a woman aged 30-35 who returned home on March 7 from a trip to the United Kingdom. The woman has been placed in isolation and three members of her household quarantined.

On Saturday, in his National Heroes Day address at the Obelisk in Dorsetshire Hill, Prime Minister Ralph Gonsalves announced that he visited Havana last week where he held talks with Cuban authorities including President Miguel Díaz-Canel.

“I’ve given approval to hire at least 20 additional nurses. It might go to 25. They will finalise that number for me, but I’ve given the approval from St. Vincent and Grenadines to strengthen surveillance, containment and management of COVID-19 especially at the airports and other ports of entry,” the prime minister said.

Kingstown is preparing to hire more nurses locally even as a batch of Vincentian nurses — some of whom have resigned positions in the public health system – leave on Monday to take up posts in the United Kingdom.

Gonsalves said he has also asked Havana to assist in further training of Vincentian nurses and medical personnel in the area of infectious disease control.

“In fact, this morning I spoke with the Cuban ambassador and he told me, ‘Prime Minister your nurses are ready to leave.’

“And it’s only yesterday he would have informed his authorities. … On Monday morning early, we will make all the arrangements for the housing and for the tickets and everything else for the specialists to come to assist us, in addition to those whom we are hiring locally.”

Gonsalves said that the additional nurses would help with surveillance at seaports in Union Island, Canouan, Mustique, and Bequia in the Grenadines, and at Wallilabou, Blue Lagoon on St. Vincent island.

The prime minister said that his government intends to issue an order on Monday for the “suspension for certain formal ports of entry.

“For instance, if you’re going on the western side of the island, … you can enter down in Chateaubelair after you have docked in Wallilabou because we have to make sure that we keep the health and security personnel fairly focused.

“We are also indicating to the yachties that once you enter our waters, you must either go to the first port of entry or to indicate which port of entry you’re coming to. In some cases, we’re expanding the hours of operation.”

Further, Kingstown has placed with Havana an order to purchase cycles of the dosage of the drug Interferon for 50 persons.

Gonsalves said he has been in touch with Director General of the Organisation of Eastern Caribbean States (OECS) Didacus Jules regarding purchase of the medicine and the OECS pharmaceutical services has also placed an additional order of the same drug for SVG and for the other OECS countries.

“So we are ordering ourselves directly and also the OECS is doing it for us and the other eight members of the OECS,” Gonsalves said.

He said that the OECS purchases are being made from resources provided by the Eastern Caribbean Central Bank.

“I have been in communication with the governor of the central bank, Mr. Timothy Antoine on this matter and so, too, has the Minister of Finance Camillo [Gonsalves],” the prime minister said.

“I’ve also been advised that it is one of six drugs that the Chinese government has been using to help them to contain the spread of COVID-19 inside of China.”

The prime minister said he had also been in contact with Taiwan Ambassador to SVG, Calvin Ho.

“And his office has been in touch with the Chief Medical Officer for arrangements for further assistance from a very strong ally, Taiwan, in helping us to fight this because they themselves have been doing a pretty good job,” Gonsalves said. He added: “We have to learn from persons who have been doing it pretty well. We learn generally, and we learn specifically.”

9 replies on “COVID-19 in SVG: Gov’t to hire nurses, buy medicine from Cuba; close some ports”