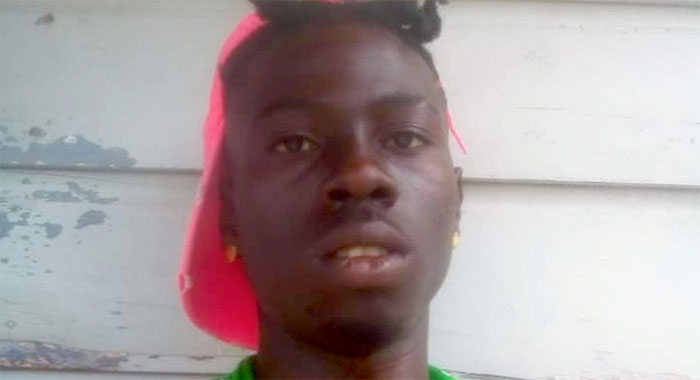 An Overland youth created quite a stir at the Georgetown Magistrate’s Court on Monday, resulting in the magistrate committing him to two weeks’ observation at the Mental Health Centre.

Denroy Byron and his co- accused nephew, Shaquille Byron, both 18, of Overland, had just had their matters heard before Magistrate Bertie Pompey and were leaving the courtroom when the drama began to unfold.

The duo were brought to court and pleaded not guilty to charges that on Feb. 8, they entered the dwelling house of Lesroy Nimblett, their fellow villager as trespassers to commit assault.

They were also charged that on the same date, they entered Nimblett’s dwelling house and assaulted him, occasioning actual bodily harm.

The hearing of those charges was scheduled for April 6.

However, after exiting the court building but while still being on the premises, Denroy turned towards the court and shouted, “Fire bun all alyo.”

He also made comments that court orderlies classified as threats and used indecent language.

Pompey requested that the defendant be brought back to the dock but officers were unable to apprehend him as he ran.

Sometime later, he was apprehended and persons began to run towards and away from the skirmish.

Someone inside the court said, Denroy was “outside beating up the officer”.

This, too, created a stir and a brief interruption in court as other officers including, Superintendent of Police Williams, went on the scene.

Denroy was taken to the front of the Georgetown Police Station building, in which the court is located.

From the court, one could hear the teen’s loud yet indiscernible rants.

Later on in the day, the youth reappeared before Pompey on four additional charges.

Byron’s mother and father were outside the courtroom during their son’s court appearance.

And, after he his disruptive behaviour, a court orderly said that Byron’s mother had requested that he be evaluated as he was displaying that behaviour since last week.

While he was in the dock, Byron continued his aggressive behaviour and as he was being escorted from the dock, he told the court orderlies, “Don’t touch me!

It took about three other orderlies to restrain and take Byron to the holding cell where he continued with his loud utterances.

Pompey transferred the matter to the Calliaqua Magistrate’s Court, to be heard on March 30.

One reply on “Youth sent for psychiatric evaluation after disrupting court”