COVID-19 in SVG: Gov’t to clamp down on price gouging 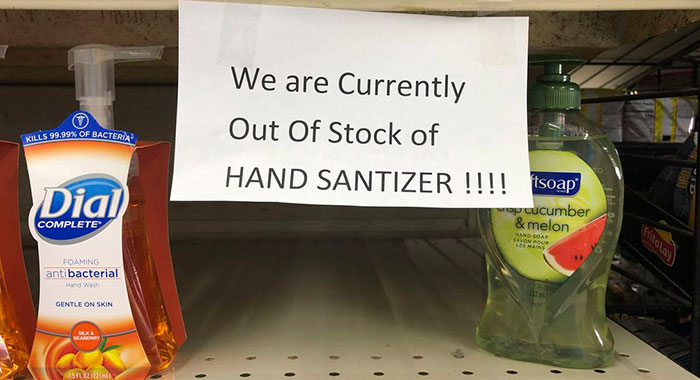 The Government of St. Vincent and the Grenadines says it will clamp down on price gouging resulting from panic buying linked to the COVID-19 pandemic.

On Saturday, Prime Minister Ralph Gonsalves said he had asked Minister of Trade and Commerce, Sir Louis Straker, along with his senior public servants, to meet with the trade merchants.

The delegation would include the Permanent Secretary and the Director of Trade, Gonsalves said.

“And I told them the following things: I said, ‘First of all, do not sugar-coat your telling them that we have credible evidence that some merchants have been gouging the consumer already and it must stop; and that we have the legal provision in place already to be able to impose on a list of commodities, price control; and that would have certain consequences’,” Gonsalves said.

He, however, said his government does not want to go that route.

“Don’t take advantage of people to charge more for sanitisers and for aloe [vera] or alcohol because you’re mixing the strong rum with the aloe [vera] to give you a good hand sanitizer, because the rum is a sanitizer and the aloe is like the balm.

The prime minister also said he was hoping to get, by Monday, a list of commodities for which the government would reduce to zero all import taxes, levies and VAT so that the persons can get those things cheaper.

“And we’ll keep an eye out to see that the merchant doesn’t keep the price the same way, essentially collect the VAT and the taxes which we should have collected and let the consumer pay for it. We’ll watch for that too, because that would be gouging. So I want to make that point first,” the prime minister said.

SVG has one confirmed case of COVID-19.

3 replies on “COVID-19 in SVG: Gov’t to clamp down on price gouging”