Trinis quarantined in police station after arrest in St. Vincent 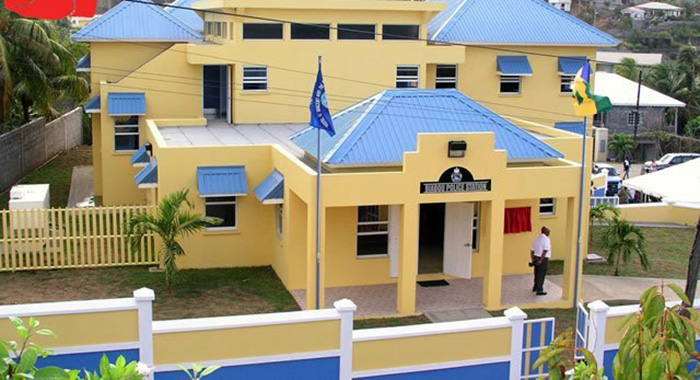 Three Trinidadian men who were arrested at sea between Mayreau and Canouan are being quarantined at the Biabou Police Station despite the court being told that is not the case.

The men’s lawyer, Grant Connell, told iWitness News Wednesday night that he had confirmed that they were still being held there, hours after Senior Magistrate Rickie Burnett said at the Kingstown Magistrate’s Court that it is his understanding that the men were not being quarantined at the police station.

Burnett had been responding to a comment by Connell, who had said that while he is not a medical expert, he wanted to suggest “in the most humble of opinion” to the authorities, that three Trinidadian being in quarantine at a police station is not the best.

The men, Benjamin Lewis, Nareem Julien, and Kenwyn Lambert, have been charged that on April 19, at Canouan, they entered St. Vincent and the Grenadines by boat without a passport, and that they entered the country other than a port of entry.

On Wednesday, the matter involving the two men came up before Burnett.

The men, however, were not in court.

Burnett said that that based on a letter from the Medical Officer of Health, Dr. Roger Duncan, the Ministry of Health was concerned about the men’s health status in light of the COVID-19 pandemic.

Duncan sent a letter to the court indicating that the men had been quarantined for 14 days.

Senior Prosecutor, Adolphus Delplesche said that taking this into consideration, he was not sure how the immigration charges could proceed.

Connell told the court that he had not seen the letter.

The senior magistrate offered the lawyer his copy to peruse.

After reading the letter, Connell told the court that the Trinidadians came to SVG on a boat that they could have used to go back to their home country.

He said that on the day that they arrived in the country, the men were taken to the Biabou Police Station and he went there after he was retained to represent them.

The lawyer — who was wearing an N95 mask in court — said he was not wearing a mask when he went to the police station, neither were the police officers, or the accused men, who had been placed in a cell.

“They can’t be in quarantine at a police station,” the lawyer said.

Delplesche said he received the case file when he returned to his office from court Tuesday afternoon.

He noted that while he does not normally prosecute at the Kingstown Magistrate’s Court, he had a matter before that court on Wednesday and, therefore, the file was given to him.

Delplesche had earlier told the court that Police Constable Corlene Samuel who prosecutes at the Kingstown Magistrate’s Court was unwell.

Burnett said that the matter was before the court for a plea to be entered and that the accused men are not before him.

He said he would, therefore, adjourn the matter until the quarantine period ends, and set May 4 as the next date for a report.

2 replies on “Trinis quarantined in police station after arrest in St. Vincent”