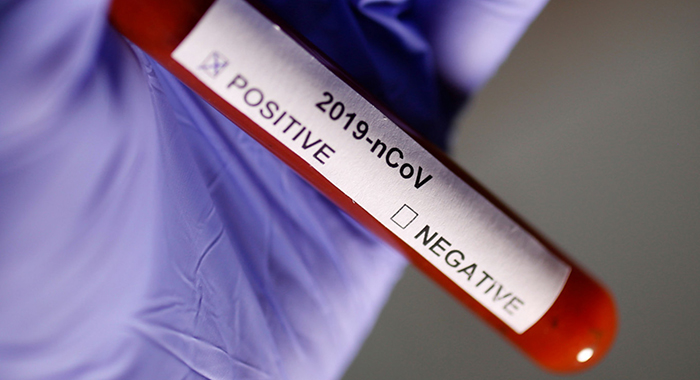 Two Vincentian sailors on cruise ships who returned home on March 25, continued to test positive for COVID-19 up to last Saturday, May 2, even as they remain asymptomatic.

Prime Minister Ralph Gonsalves made the disclosure on WE FM on Sunday as he continued to defend the protocol that his government has put in place for the repatriation of sailors.

“Two of those persons up to now, who are asymptomatic up to yesterday, two persons who came in [from] cruise ships who were asymptomatic, who tested positive at first, have tested four times since then, and … still test positive for the virus,” Gonsalves said.

“Check the 25th of March to the end of April. That’s five weeks. We’re into the beginning of May; the person just got tested since May started. So you’re going into six weeks now,” he said.

Many Vincentian sailors have been isolated in their cabins for weeks as they await word on their repatriation, which is being affected by protocols of the US Centers for Disease Prevention and Control and the Gonsalves government.

Kingstown says that the sailors must stay in hotels on their return and that the cruise line has to pay the cost of quarantining the returning sailors for 14 to 21 days at EC$150 per day.

Further, each returning sailor must have had a COVID-19 test at the country of departure and on arrival in St. Vincent and the Grenadines.

“So the fact that you have been on the cruise ship for four weeks or six weeks even if you were asymptomatic from the beginning and you remain asymptomatic, it does not mean that you may not test positive.”

He said that his government’s decisions are also informed by its experience.

The prime minister said that 32 Vincentian sailors who returned home from one cruise ship were put in quarantine.

Four of them had symptoms and tested positive for COVID-19.

The others did not have symptoms but the government decided to test them for the respiratory illness.

Three of those persons tested positive, giving a total of seven out of 36.

“In other words, out of 36, seven of them tested positive — four which had symptoms, three which had no symptoms of COVID … almost 20%. Ten per cent of the number however, were asymptomatic,” the prime minister said.

“… we have hypotheses, which I repeated this over and over for anyone who wants to listen, that from a cluster of 29 who are asymptomatic, who came from a high risk group, that is, today, from a cruise ship they have tested positive and two persons continue to be testing positive even after you did their two obligatory tests to see if they’ll get negative. They didn’t; then a third and in one case, another one a fourth. And they’re still positive.

“What does that tell you? It tells you that you have to be careful when the person is returning that you must have the person tested there before they leave the ship and in St. Vincent and Grenadines for them to undergo quarantine.

“So the argument that you’re on the ship, you have been quarantined for 14 days or indeed a month, more than likely you’re either asymptomatic or you have developed the antibodies.

“But there still remains the prospect that at least 10% may — I’m not saying would — may test positive for the virus.”

Gonsalves said that the jury is still out on whether such a person can transmit the illness.

“In the science, the jury is out on it. There are persons who tell you ‘highly unlikely’ but there are cases where it has happened. There’re some people will tell you ‘no’, but the science doesn’t support that,” he said.

Gonsalves said he would not disclose the name of the cruise line on which the sailors worked.