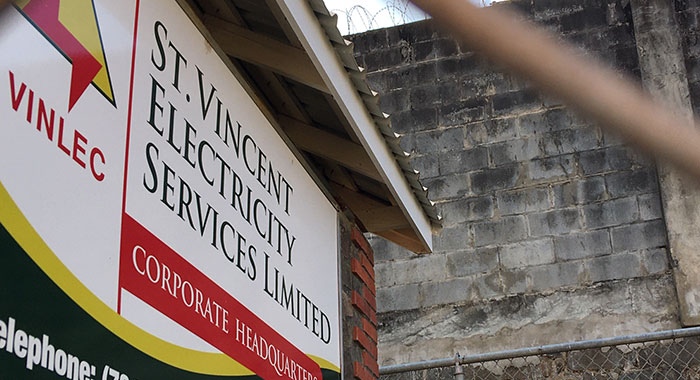 Prime Minister Ralph Gonsalves has accused the state-owned electricity supplier, VINLEC, of behaving like “an empire … as if they are a government unto themselves”.

However, chief executive officer of VINLEC, Thornley Myers is declining to comment on the prime minister’s allegation.

“I won’t comment on that,” Myers told iWitness News on Tuesday.

Asked if he was satisfied that the state-owned company, under his leadership, acts within the parameters established by the government, Myers said:

In what has become an almost-weekly call to WE FM last Sunday, the hosts asked Gonsalves about why some people’s electricity supply was still being disconnected amidst the COVID-19 pandemic.

He said he believes the reason was that their last payment had been before Jan. 25, 2020.

The prime minister noted that in his national address on March 25, he had said a customer who was in arrears for not more than two months and for the following three months, would not be disconnected.

“But I spoke to Myers. I said to him that members of Cabinet have complained to me that you have cut off persons — or at least the company has cut off persons who should not be cut off. And he sent me a list and showing where the arrears started.

“But I said to him, but listen, you all should use your discretion. Let us even say a man didn’t pay before the 25th, but he owe you $200, he owe $300, he owe $400, is not to say that he has been so recalcitrant that he run the bill up high for two months hitherto to that and didn’t pay anything. You have to use your discretion too,” Gonsalves said.

He further said he believes that such situations would be few and far in between.

In response to this allegation, Myers told iWitness News:

“I would say this: if the prime minister said that, and there is an instance when it happened, I am not aware of it. We’ve tried as much as possible to stay within the guidelines provided by the government.”

He maintained that VINLEC has stuck to the agreement of not disconnecting anyone who was not in arrears for two months before March 25.

But Gonsalves said that a mother of three children from the leeward side of St. Vincent came to him complaining that her electricity supply was disconnected.

“… and she called and told me she thought her electricity wouldn’t be disconnected,” the prime minister said, adding that the told the woman to check her bill to see when the last payment had been made.

“You have heard me on this before and I’ll say it again. I don’t get involved in the day-to-day management of VINLEC and no minister, no prime minister should, but some of these things, you have to have a national focus, a people focus, you have to use your discretion in particular ways, and particularly at a time like this.

Gonsalves said that in his March 25 speech, he said that VINLEC had agreed to the moratorium.

“And, by the way, let me say this, some people in VINLEC said to me, but Prime Minster, how could you say that VINLEC agreed? VINLEC didn’t agree.

“I said, ‘How you mean VINLEC didn’t agree?’ I said, ‘I had discussion with the management but I didn’t like all what I was hearing. So VINLEC agreed.  And when I repeat that, they said, ‘Yeah, yeah, yeah; but the management.’

“It was [late Governor General] Sir Frederick who had done it, so the appointment continued. So when I say VINLEC agreed, I don’t have to say, the management of VINLEC agreed. Ralph Gonsalves has to pay his personal bill. If I don’t pay my bill, I get cut off.”

Asked how the board of VINLEC comes in, the prime minister said:

“The board of VINLEC is the board overall to oversee the management in its day-to day operation, but policy issues, you will take your direction from the shareholders. It’s like in any company.’

“… to be fair to VINLEC’s management, they came back and said in addition to what you say, in order for some people who may wish to make their payments and don’t take advantage of the moratorium, why don’t we give them a 15% on the energy charge?”

Gonsalves said this did not relate to the fuel surcharge, the rate of which is falling.

He said VINLEC agreed that those are the conditions that would be established.

In response to this:

“I am with him on that. VINLEC agreed it would not disconnect anyone who was in arrears by less than 60 days. In other words, the terms that were outlined there, VINLEC agreed.”

7 replies on “VINLEC behaves like ‘a government unto themselves’ — PM”