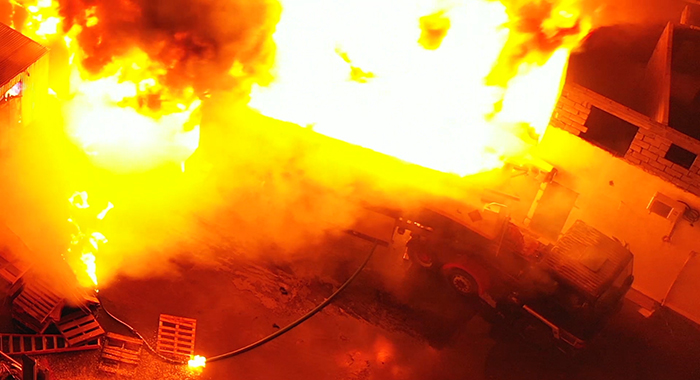 The fire destroyed the sole gas station in Union Island.

Grenada is offering assistance to residents of Union Island, following a fire that destroyed the island’s only gas station Tuesday night.

A post, on Sunday, on the Facebook page of the ruling New National Party (NNP) in St. George’s, said that the Grenadian government’s offer of refuelling assistance has been communicated directly to the Director of Grenadines Affairs in St. Vincent and the Grenadines.

“The Grenada Government recognises the importance of being our brother’s keeper which it considers to be even more important during this period. However, it also recognises that due process must be followed. Additionally, being still in the midst of the war on COVID-19, public health and safety remain a priority; therefore, all recommended protocols will be duly enforced, even as this helping hand is extended,” the post said.

The post noted that Carriacou is located just eight miles south of Union Island and, like the rest of the tri-island state, its borders were closed on March 23 due to the COVID-19 pandemic.

“Pending St. Vincent’s acceptance of Grenada’s offer, refuelling support will be provided to the neighbouring residents of Union Island, between the business hours of 8 a.m. and 6 p.m. daily,” the post said.

“The relevant authorities will determine the recommended protocols under which the proposed refuelling assistance will take place and steps will be taken to ensure full compliance.  Meanwhile, the Government also extends sincere condolences on the passing of the gas station owner, who succumbed to injuries sustained in the fire,” the post said.