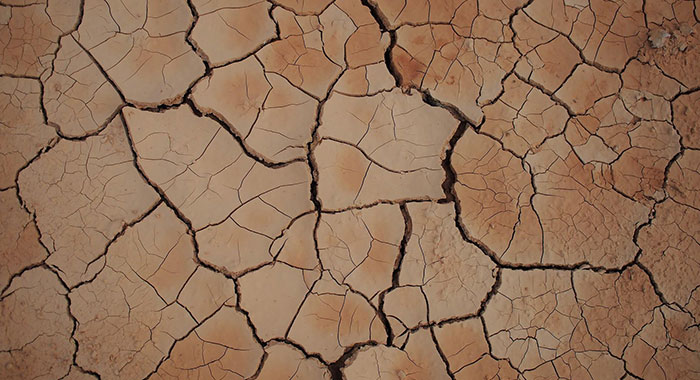 Hope, or, if you are a praying person, pray, for two days of rain per week for the next few weeks.

That is what it would take to get the Central Water and Sewerage Authority’s (CWSA) water supply in St. Vincent to 60 or 70% capacity, up from 35%, where it stands currently.

And while most residents in the northern part of St. Vincent are unaffected, in terms of their water supply, by the severe drought affecting the island, 50% of CWSA’s customers — from Layou to Stubbs — are without water for most of the day.

The situation is such that the CSWA has issued a water restriction advisory, banning the use of its water supply for non-essential purposes.

The company warned the public, that under the law, it has the power to immediately disconnect any customers who use the municipal supply of water for activities such as watering lawns, farms, recreational fields, and filling swimming pools.

Garth Saunders, chief executive officer of CWSA, detailed the impact of the drought at a media conference in Kingstown on Friday.

For the first four months of the year, all five of the CWSA’s major water systems in St. Vincent have, on average, experienced rainfall amounts totalling 40% below the 10-year average, he said.

Rainfall, he noted, translates directly to river flow and water availability for the CWSA.

The CWSA, Saunders said, has seen a 35% reduction in capacity on its five water collection and distribution systems located at Jennings, Montreal, Dallaway, Majorca, and Layou.

“It means that we have devised a plan, and we have done so, where we are trying to ensure that our customers get water, at some point, for at least six hours during a 24-hour period,” Saunders said, referring to the water rationing that has been taking place over the past few weeks.

“And I guess consumers may ask the question, ‘So why is it varying? Why are the times varying when we can get water?’” Saunders said.

The answer is that while the CWSA has scheduled time when water will be available, it is not always able to meet those times.

Saunders said that the CWSA would try as much it can to explain when it will be making the changes.

“If, however, the demand goes up in a particular area — because we have no control over that — that affects our ability to come back online. So it means that both by varying the quantity and the rate at which water is used, that can affect our turn on and turn off time,” Saunders said.

He, however, gave customers this guarantee:

“The guarantee is that you will get water but we may not always be able to stick to the schedule that we have announced.”

He said that the CWSA wants to be able to continue to work with the public to update the public on the schedule.

“Because it is fluid and we need the public to understand that it’s a crisis and it’s a situation where demand — it’s not that we are giving out discrete amounts of water, discrete fixed amount of water.

He said that CWSA want customers to understand that when they have water at their premise they should try their best to store it “so you can tide over the period that you won’t have any water”.

Regional forecasters have said that the region could expect to see some relief from the hot, dry conditions by the end of June.

“I am not a person who makes those predictions but we hope that in the coming weeks one or two days a week of rainfall will help us to bounce back very quickly because our system is fairly resilient and we just need one or two days of rainfall and I think we will be back up to 60, 70% capacity. It wouldn’t happen right away but it would happen in a day or two.”

Meanwhile, regarding the water restriction, Saunders said that while the

CWSA has the power to immediately disconnect and persecute persons violating the water restriction and has done so in the past, the company does not want to do so now because of the COVID-19 pandemic.

He said that the CWSA would warn offenders in the first instance.

“We need to have that activity reduced or totally eliminated,” Saunders said.