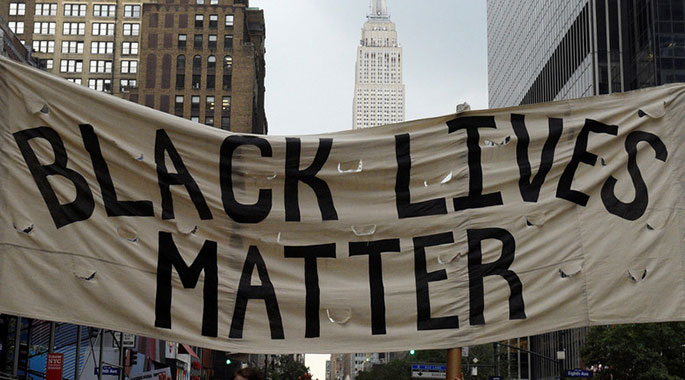 Black people are not inferior, no they are not lesser beings due to their race or skin colour. They are equal and deserve to be treated fairly. Black lives matter and black people should be treated with respect and dignity. We must never turn a blind eye to racism. Whenever and wherever racism rears its ugly head, black people and their allies must stand up against it.

To those persons who may be saying “All lives matter” when the message is about “Black lives matter”, whether you realise it or not, you are diluting the message of the black lives matter movement by generalising the issue to everyone when the focus is specifically on issues affecting black people. Yes, other people from different racial backgrounds are also subjected to various forms of prejudice, racial harassment, and racial violence but the focus is not on them and their issues, the focus is on black people and their experiences.

For the persons who may be complaining about the protests happening worldwide concerning black rights, please note that freedom of assembly and freedom of association are still rights that are enshrined in the laws of many countries, in one way, shape or form. Moreover, internationally the right to a peaceful assembly is recognised under article 21 of the International Covenant on Civil and Political Rights (ICCPR), and the right to freedom of association is recognized under article 22 of the ICCPR.

Where issues in society can be resolved peacefully, this should be done. Sadly, as history has surely taught many of us, this is not always the case or cannot always happen. The nature of some of the demonstrations and protests occurring in the United States after the death of black individuals such as George Floyd may be shocking and may even make some feel uncomfortable. Through the various forms of media and even from persons’ own experiences, we may hear of threats, violence being carried out and even lives being lost. Moreover, there may be those willing to take advantage of circumstances like these for their self-interest and/or to commit acts considered to be illegal.

However, not to excuse the behaviour of such persons, we must never forget that many of the rights that we hold dearly and/or may take for granted today, were not secured by oppressors willingly agreeing to recognise and/or give the oppressed rights but by brave men and women standing up against injustice and fighting for their rights, some even at the risk of harm to themselves and death. The history of the enslavement against black people is one such example.

We should also not only focus on discrimination against black people occurring in other countries such as the United States of America but also look closer to us. What about the direct and indirect discrimination happening in our region, countries, homes, schools, or even places of employment? Are we racist or do we have racist tendencies ourselves? What about colourism, if you are black do you discriminate against other black individuals based on how dark or light their skin colour is? Maybe these are some questions we should ask ourselves.

3 replies on “All black lives matter”