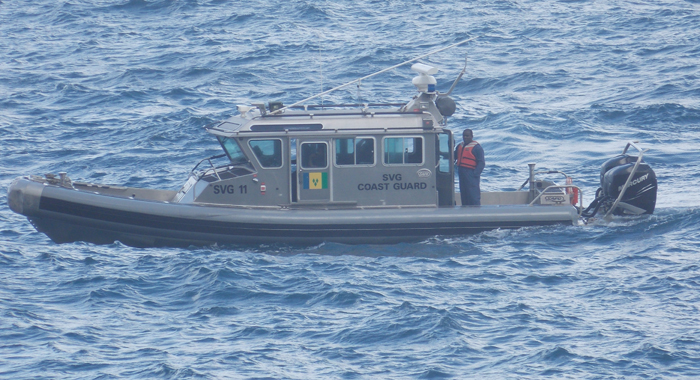 The St. Vincent and the Grenadines Coast Guard Service on Thursday said it was engaged in a search and rescue operation (SAR) for a missing 14-foot, green and white vessel “Unstoppable”, which was reported missing last Saturday, May 30, about 8:37 p.m., with two persons on board.

The occupants of the vessel are Mickel Quashie, of Magum, and one “Blanco” of Buccament Bay.

According to reports, the vessel left Buccament Bay at 10 a.m. on on Saturday to fish off Canouan and developed engine problems off Bequia.

“Upon receipt of the report by SVG Coast Guard Service, the information was disseminated to local coastal ports and also a request for checks to be conducted at ports and harbours,” the Police Public Relations Department said on Thursday.

The statement said that on Sunday the SVG Coast Guard Vessel, SVG 07 transiting between the Coast Guard Base at Calliaqua and Canouan conducted a surface search, which resulted in negative sighting of the vessel “Unstoppable”.

The Regional Security System (RSS) Airwing Operation Center was subsequently informed and a request was made for assistance with an aerial search for the missing vessel.

Subsequent to the aerial searches conducted by MRCC Trinidad and Tobago and the RSS Airwing on Monday, Tuesday and Wednesday — June 1-3 –, negative sightings were reported for the missing vessel.

Search and Rescue operations are ongoing for the missing vessel and its occupants, the police said.

5 replies on “Search continues for 2 Vincies missing at sea”