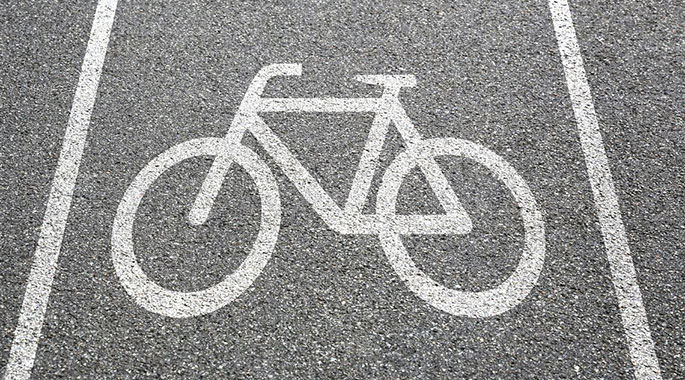 I was watching a news item recently about unruly and rather reckless behaviour by young cyclists in Kingstown and that the Traffic Department would take measures to ensure the safety of all road users.

The new item cited the Bicycle Act and the guidelines and regulations it legislates to govern this particular means of transportation.

It is evident from this incident that the country’s legal framework has already established the guidelines and taken into account the penalties that should befall someone if the rules aren’t followed. However, there seems to be a fundamental piece of the equation that is missing:infrastructure for bicycle users. It is admirable that laws are in place but without the proper infrastructure they become tools to oppress rather than guide behaviour.

As a developing country we continuously go through a process of change which should be interpreted as evolution that would have an impact on our culture and all socioeconomic aspects of our society. In part, it is with this mindset to advance we can achieve our sustainable development goals. One such change is the development of a modern port facility in Kingstown. This modern port development project is expected to change the face of capital city Kingstown and can herald other changes and bring new opportunities. One such opportunity could be for cyclists and the implementation of a bicycle lane.

Hence, I ask that the government, as part of their modernisation plan, consider the implementation of a bicycle lane in the city if it is not already part of their plan.  Such an infrastructure falls within four of the categories of our Sustainable Development Goals:

There exist a small but yet vibrant group of cyclists throughout the country and others who are clearly interested in this activity for its recreational benefits. Whose interest and needs should form part of the modernisation of Kingstown? The following are a few ways that a bicycle lane can transform the country’s capital and help spark innovation within the city:

Trade: It is obvious that the implementation of a bicycle lane would create a new avenue to get from point A to point B throughout Kingstown. However, this lane can be used by courier services within the capital to do deliveries to different entities. Hence, developing the courier services sector of the economy giving young entrepreneurs an opportunity to venture into this type of business (food delivery, errand services, push-cart services etc). These are services that lack innovation and proper infrastructure, which can be improved with the implementation of a bike lane creating the environment for regulated businesses.

Tourism: It would create an opportunity for a private entity to collaborate with the government (Ministry of Tourism) to set up a bicycle rental service that would be available to the public and tourist alike, with the proper regulations. This service can be set up in a way where there are different bike stations at strategic points along the way, where persons can scan a bike’s QR code and go. Cruisers, but not limited to, would have the opportunity to download an app perhaps and pay a sum for a day’s/hour’s rental and would be able to freely roam to different attraction sites. This gives the coconut vendors, crafts men, photographers among others the chance to be incorporated in a systematically designed tourist experience providing them with the avenue to increase sales and innovate their type of services.

Recreational: As mentioned above, locals can benefit from this service, as a means of recreational activity where they can pay a monthly or yearly subscription to the service giving them the opportunity to ride in groups or individually as a form of exercise, promoting the wellness and fitness of the population and take advantage to go site seeing etc. Not excluding that these activities can be executed with their own private bicycles. Furthermore, the bicycle lane can be used as a mode of transportation by daily commuters to conduct their obligations within the capital.

The aforementioned ideas are just a few that can transform how we move and conduct business by the implementation of a bicycle lane, it has the potential to fix some of the country’s transportation problem within the city, promote the improvement of infrastructure and create opportunities.

Give the youth infrastructure and create a culture of innovation and change.

3 replies on “Bicycle lane in Kingstown”