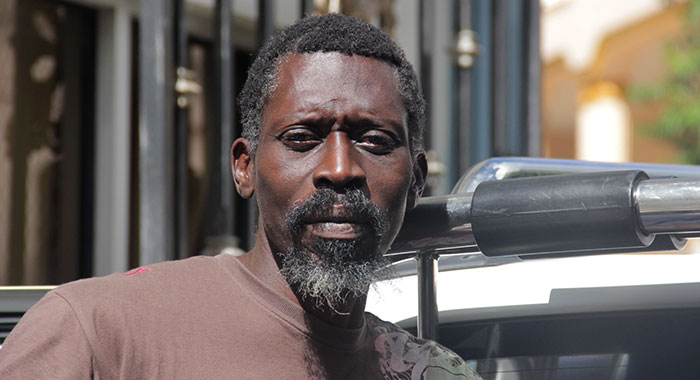 Curtis “Selassie” Joseph, 48, is, without doubt, an experienced thief, having racked up his first conviction in 1991 and many others since then.

However, he might have also evolved into a magician, able to make his loot disappear even immediately after exiting the premises from which it was stolen.

But, for the next three months, honing of his skills might be limited to what he can pilfer in prison.

And while Joseph was caught on camera removing the item from the store, it disappeared shortly after a security guard confronted him outside.

When the charge was put to Joseph, he told the court, “I’m guilty for attempting to steal it. I didn’t steal it.”

The facts of the case, as read by prosecutor Police Constable Corlene Samuel are that about 2:04 p.m. on June 5, Thomas O’Garro, a security officer at Jax was monitoring the store’s CCTV system when he saw Joseph enter the store and place the transformer in the crotch of his pants and left the store without paying for the item.

O’Garro ran after Joseph and held onto him under the gallery of the store.

Joseph wrestled with the security officer and they both fell and persons gathered around.

O’Garro took Joseph back into the store but did not find the transformer on him.

The Senior Magistrate on hearing the facts of the case observed that the expression on the faces of the people in the court suggested that they were perplexed about where the transformer could have gone.

Joseph then told the court that he had noticed in the store that he was being watched so he had put back the transformer.

“But I am told that they found the transformer box,” Burnett said.

Joseph told the court that the transformer was not in a box and that he had left the store without it.

Joseph told the court that he was wrongly charged and that he should have been charged with attempted theft.

However, defence counsel Linton Lewis, who was at the bar table but was not involved in the case, quoted the definition of theft, saying that Joseph’s intention was clear and that he had intended to dishonestly deprive the store of the transformer.

In mitigation, Joseph told the court that he was 48 years old, unemployed and looking for a job.

“Your career started in 1991 and you have been consistent throughout life as it were,” Burnett said as he considered the man’s criminal record.

The senor magistrate said he would not pay attention to the man’s record for the purpose of sentencing as many of his convictions are spent.

He, however, observed that nothing has changed with Joseph since he set out on a path of crime.

Burnett noted that on May 8, Joseph was convicted for stealing rum from Randy’s supermarket and had been given 14 days to pay.

Joseph, however, maintained that he did not leave the store with the transformer.

“But that is how you do things lately,” Burnett said.

“Based on your record of dishonesty, there is nothing I can do for you but to send you to prison for three months,” Burnett told Joseph.