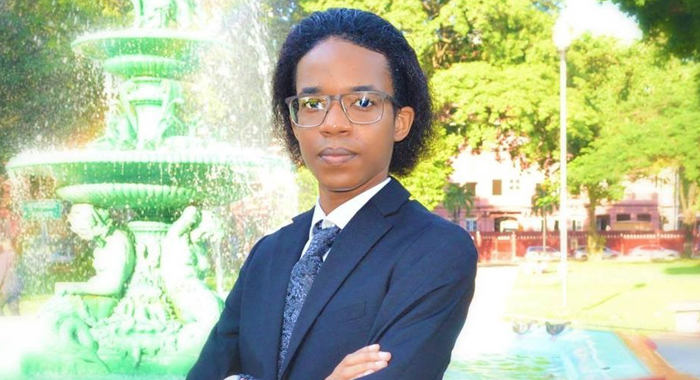 All over the world, we see demonstrations and protests happening regarding the black lives matter movement and we see many Vincentians voicing their support for this movement. But do all black lives matter to Vincentians? Interestingly enough, whilst we are continuing to voice our opinions about racism, police brutality and oppression against black people at the hands of mainly white people, in an interesting combination of events, LGBT Pride Month is also here.

Progress regarding recognising and protecting the rights of LGBTQ+ persons in SVG has been slow. Many Vincentians may view LGBTQ+ issues negatively due to a range of factors such as their religious beliefs, beliefs concerning sexuality and gender roles, popular media such as music stigmatizing and stereotyping LGBTQ+ persons, and a general lack of knowledge and/or learning related to these issues, etc.

It is also important to highlight that SVG has anti-gay laws that amongst other things criminalise consensual same-sex relations in the Criminal Code CAP 171. I believe that the existence of these laws may further embolden and even somehow legitimise some persons in their homophobia and the view that LGBTQ+ Vincentians are somehow less than other Vincentians. Like many former British colonies, SVG’s anti-gay laws appear to have been based on the British Empire’s past anti-gay laws.

The acts that comprise buggery and gross indecency are not explicitly defined in SVG’s Criminal Code. However, historically buggery or sodomy under the English common law evolved to be understood as anal sex as supported by the 1716 case of Rex v. Richard Wiseman and the 1817 case of Rex v. Samuel Jacobs which helped to clarify the law concerning buggery. Concerning gross indecency, according to Human Rights Watch in “This alien legacy: the origins of ‘sodomy’ laws in British colonialism”, gross indecency “was a broad offence designed to include virtually all kinds of non-penetrative sexual acts between two men”. Moreover, in the 1950 case of R v. Hunt, Lord Goddard C.J., stated that “It is quite clear that physical contact is not necessary to constitute the offence. If two men put themselves in such a position that it can be said that there is a grossly indecent exhibition going on, they can be found guilty of committing an act of gross indecency”. These understandings of buggery and gross indecency may be useful in helping to interpret these laws in SVG.

England and Wales continued to make consensual same-sex relations an offence amongst consenting adults until the British Parliament acting upon the Wolfenden Committee Report abolished penal offences involving consenting same-sex adults in England and Wales in 1967 through the enactment of The Sexual Offences Act 1967, and now provides different rights and protections to LGBTQ+ individuals. Additionally, in 1973 the American Psychiatric Association, the largest psychiatric organization in the world, declared that homosexuality is not a mental illness or sickness.

Though SVG has a Constitution that explicitly protects the fundamental rights and freedoms of every person in SVG, there is no explicit protection in the Constitution or any domestic laws, providing for protection to persons based on their sexual orientation and/or gender identity, though they may protect other characteristics such as “sex”. However, it is important to note that SVG has signed, ratified and/or acceded to multiple international treaties such as the International Covenant on Civil and Political Rights and the International Covenant on Economic, Social and Cultural Rights. Through the relevant UN treaty bodies these documents and the relevant article/s in them containing words such as “sex” and/or “other status”, have been favourably interpreted to recognize and/or support LGBTQ+ rights.

Currently, Vincentians Javin Johnson and Sean MacLeish are challenging the buggery and gross indecency laws in SVG. After successful decisions in similar cases in other Caribbean jurisdictions such as Belize and the Republic of Trinidad and Tobago, I am sure that the eyes of many Vincentians and different persons from all over the world are eagerly watching to see what decision the court in SVG will make regarding this matter.

There is no sugar coating it, many LGBTQ+ people in SVG face discrimination. People who identify as heterosexual or straight may be considered as privileged, as they may not be subjected to the same treatment which an LGBTQ+ person may be subjected to in SVG. There have been reports in the media of people being beaten, attacked, verbally abused, etc., based on their actual or perceived sexual orientation and/or gender identity. Many of whom are not harming anyone but who would like to live their lives in peace free from fear of discrimination, violence, harassment, and/or death. Furthermore, due to the discrimination that many LGBTQ+ Vincentian people suffer in SVG, some people may prefer to “stay in the closet” or to leave for other countries where LGBTQ+ rights may be better protected.

Jeshua Bardoo is a 2012 Vincentian National Exhibition Scholar and a 2019/20 Chevening Scholar studying an LLM international human rights law at Brunel University London. He can be contacted at [email protected].