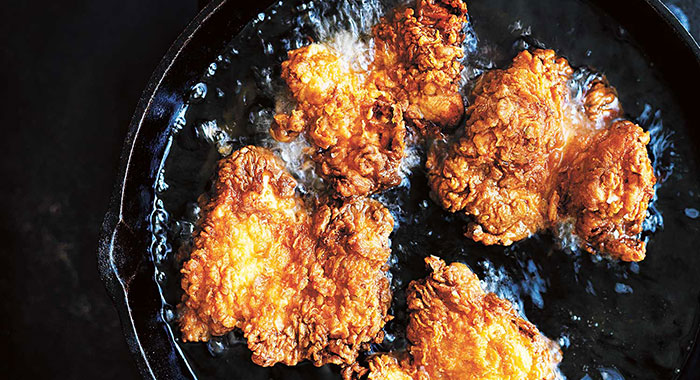 An internet photo of chicken being fried.

Judges who sit in the courthouse located upstairs the Coreas building on Halifax and Hillsboro Streets are sometimes affected by the frying of chicken at the restaurant on the ground floor.

Minister of Finance Camillo Gonsalves made this disclosure to Parliament on Monday, as he made a case for the spending of EC$53 million in loans for the construction of a new Parliament building and a Hall of Justice in Beachmont, Kingstown.

The opposition had voted for the measure in the Budget in February, but withdrew their support for the loan this week, saying that is insensitive to construct such project during the COVID-19 pandemic, which has affected the livelihoods of thousands of Vincentians.

“If you have in a sovereign nation, your courthouse in a cubbyhole, your registry in a cubby hole — look the Honourable Attorney General doesn’t speak in this honourable house. But it’s not one time he has had to plead with judges at the beginning of the law term and the honourable Prime Minister for them to come to work.

“It’s not one time, we had to go to Mr. Providence in Coreas and ask him to stop frying chicken downstairs in Coreas, because the judges are getting smoked out upstairs. That’s a fact! That’s a fact!

“And these are the conditions in which you want to say you’re administering justice? There’s a symbolism to that as well… One symbol that is shown by this is that we are committed to and respectful of the institution upon which our country and our government stands,” the minister said.

The 200-year-old building that currently houses the Parliament and main High Court is in need of repair.

However, the opposition has accused the government of not maintaining the building since coming to office in March 2001.