‘I want to own my anger and madness,’ youth says at NDP event 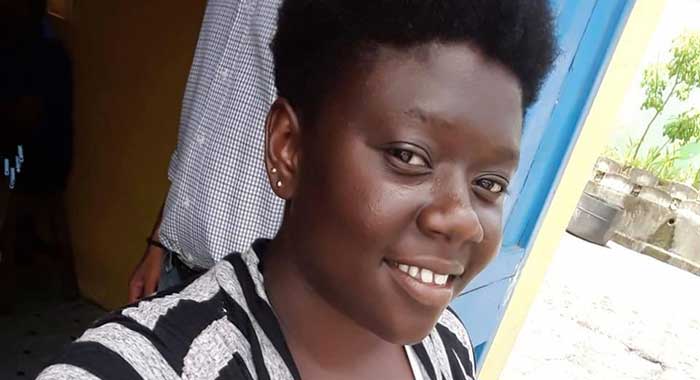 A young Vincentian woman is using against the Unity Labour Party (ULP) administration, the words of Prime Minister Ralph Gonsalves who says supporters of the opposition New Democratic Party should “own their madness”.

“Tonight, as a young woman, I am angry. Tonight I want to own my anger and madness. Tonight I am saying, ‘Yes, I am mad!’” Weseika Robinson told the NDP’s “Youth Voices” on Facebook on Thursday.

“I am mad because as a young girl, I was told if I studied hard and did well academically I will be rewarded. I did that up to Community College and graduated with subjects in law, communications and can’t even get a job in a supermarket. Yes, I am mad,” Robinson said.

“I am mad because I see persons who I know are employed not because of their qualifications but because of their political connections, and I, who have worked so hard am told continuously ‘No vacancies exist.’ Yes, I am mad,” She further stated.

“I am mad because I see so many young men and women on the block with nothing to do. Yes I am mad.

“I am mad because so many young people I know are being gunned down in the street. Yes, I am mad

“I am mad because unemployment among young people here in SVG is over 46%. Yes, I am mad.”

Robinson said she was mad because of 30% unemployment among women in SVG, and, citing the IMF, she said that Vincentians are worse off today, than when the ULP came to office —  in March 2001.

“I am mad because for years we were on the cusp of an economic take off and today we can only boast .03% growth in the economy,” she said, adding that that she is also mad because many young girls and boys are forced to prostitute themselves to advance in life.

“I am mad because it seems that it’s only at the end of every 5 years the government remembers that I want plywood, galvanize lumber and cement. Yes, I am mad.”

Robinson said she was mad because of the high levels of sexual violence against women and girls in SVG and the government’s apparent disregard of the problem.

“I am mad because of the poor and despicable healthcare system here in SVG… I am mad because 15 years ago, we were promised a national stadium; today we could only get a basic track, without lights, stands, toilets or change rooms.”

She said she was mad because the ULP rejected and put on hold the NDP’s plans for health insurance, “forcing poor Vincentians to hold BBQs and beg with sponsor sheets to cover their medical bills”.

“I am mad because many days I am home with nothing to do except think and when the frustration overcomes me, I have to cry. I am mad. I am mad because as a young woman under this present administration, I feel like I am losing hope. Yes, I am mad.”

Robinson, however, said that in the midst of her “anger and madness” there is hope in the NDP, with Opposition Leader Godwin Friday’s promise to make jobs a priority.

“When I spoke, he listened to me. I felt he was really interested in what I had to say. At no time did I feel uneasy in his presence.  I felt that here was a man, who respects me as a young woman; a man I can trust.

“St. Vincent and the Grenadines, young people of SVG, let me tell you now that there is light at the end of the tunnel. There is hope to relieve our desperation, our frustration. We can work and contribute to our nation. And I tell you Friday is the man to do it,” Robinson said.

She called on the nation’s youth to “rally around Friday, give him the chance to make the change for us, because Friday is the man to transform this country”.

6 replies on “‘I want to own my anger and madness,’ youth says at NDP event”