SVG to charge visitors for COVID-19 test, even if none is given 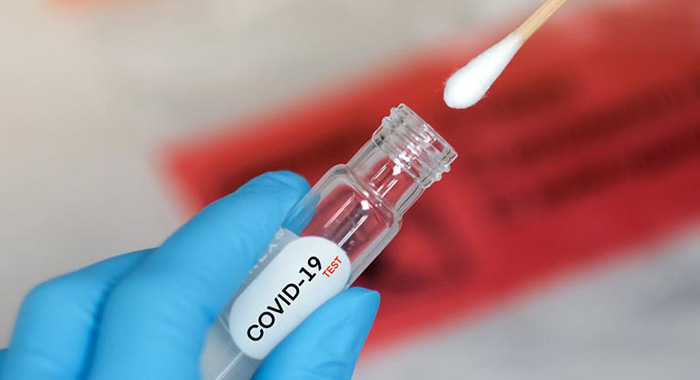 Persons arriving in St. Vincent and the Grenadines on the first set of flights after international travel resumes on Saturday would be exempt from paying the US$20 for a COVID-19 test thereafter.

However, when that exemption ends, all persons arriving in the country will be charged US$20 or US$40 for a test, even if one is not administered.

Prime Minister Ralph Gonsalves, speaking on radio on Wednesday, said that arriving passengers can avoid a PCR test for COVID-19 if they present evidence of a negative test done within three days of arrival in the country.

“Because, the test is a costly matter. We have ordered test kits and all the various requisites to do the test and it costs a lot of money,” Gonsalves said.

However, there is a catch. Gonsalves said his government has communicated its decision to the International Air Transport Association (IATA) and the fees for the test will be collected as part of the price for the ticket.

Gonsalves, who is a lawyer, noted that some persons might ask why they are paying for the test as part of the ticket even if they take the PCR test at their place of departure.

“I ask you the question. Tell me which way you can pay it? If I wait here for you to pay it, to set up a system to collect the $20 from you when you arrive, it’s going to prolong the clearing time and make life more difficult for you,” he said.

“So we have no option but to put it on the ticket. So whether you pay for it up there already by taking one, or down here you will still — most people wouldn’t worry about the US$20 because they would want to move fairly speedily.

“Because when you do it, you test, you will have your certificate that you did your test. I am giving you a lot of details so that I don’t want to hear persons say they didn’t know,” he said.

Gonsalves noted that while everyone would pay for the PCR test, even if one is not administered to them, his government has reduced by US$20 the tax that persons pay on departure from the country.

“But, bear in mind, everybody would have had a drop of US$20 on the departure tax so that for the Vincentians, in doing the PRC, you basically not paying anything more than you used to pay before, though you have to take the COVID test,” the prime minister said.

7 replies on “SVG to charge visitors for COVID-19 test, even if none is given”