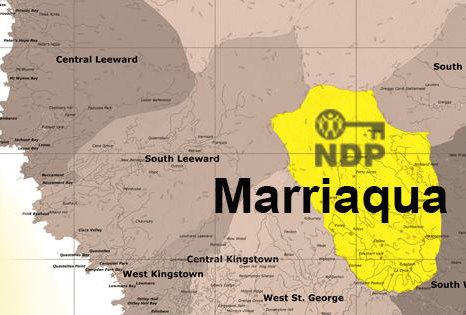 Marriaqua is among the constituency for which the NDP is yet to announce a candidate. At least four persons are vying to represent the party there.

Sir James, who retired from office in October 2000, made the comments on Boom FM on Tuesday.

He was asked about the NDP not having announced a full slate of candidates, even as Prime Minister Ralph Gonsalves has said that the general election will be held by year-end – ahead of the March 2021 constitutional deadline.

Sir James said that before his NDP went on to win the 1984 general elections, people had been commenting, “Son Mitchell is alright, but who does he have?”

“They thought I had nobody and then suddenly, in the home stretch everything exploded,” said James, whose NDP remained in office until March 2001, when it lost to the ULP.

Sir James, however, said that his candidates did not emerge suddenly.

“I had had dinners with many families and chatting with them, etc. It was a process and you look even at ULP; why did the ULP government bring back Sir Louis Straker at the last minute?”

He was referring to the 2015 general elections, when Sir Louis came out of retirement and represented the ULP in Central Leeward where Maxwell Charles had completed a single term.

Sir Louis was MP for Central Leeward from 1994 to 2010 when he retired from politics.

“When you call it and you start to see the licks you’re getting – be very careful about the date you call the election. I am pretty sure Prime Minister Ralph Gonsalves not calling the election before his birthday [on Aug. 8],”

Sir James said he is always mindful that what really matters in an election is the framework of the party and the mood of the people.

“There is a question of leadership and then you place the right person…” he said.

The retired politician said that he had an experience in 1979, when he had identified St. Clair Robinson as the candidate for North Leeward, but the people demanded Calder Williams.

Sir James said that he had never met Williams until two days before the election when he took an oath of allegiance to the NDP and declared him the party’s man in North Leeward.

Williams went on to become the first person to win a seat on St. Vincent island for the NDP.

“Don’t worry with all this business in politics. It is important with certain candidates that they be there and get to know the people. But there are situations where the right person comes forward and that is the story,” Sir James said.

The NDP is yet to declare a candidate in North Windward, Marriaqua, South Windward, and East St. George, four of the eight constituencies that the ULP controls in the 15-member Parliament.