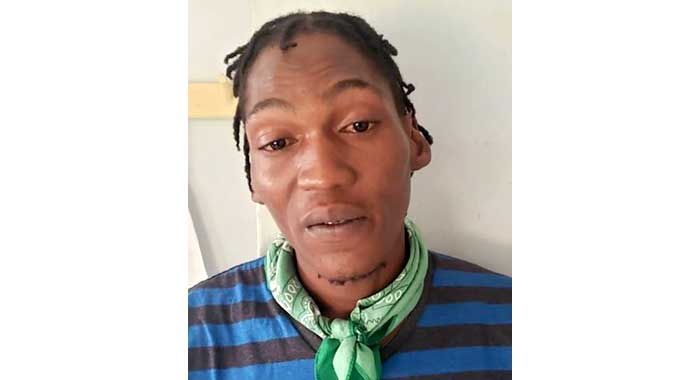 A man who later identified himself as the target of the Oct. 14, 2017 mass shooting in Diamond that left him unscathed but one dead and seven others injured, was shot and injured in Union Island this week.

Ricardo “Shrek” McFee, 32, of Redemption Sharpes and a 20-year-old female companion of Grenada were shot in Clifton.

Police did not identify McFee or the other shooting victim in their press statement, saying only that the victims were a 32-year-old resident of Redemption Sharpes and a 20-year-old citizen of Grenada.

iWitness News was able to ascertain that the Redemption Sharpes resident is McFee.

Police said that the shooting victims were asleep in a rented apartment in Clifton, Union Island when an unknown assailant(s) entered their apartment and shot them about their bodies.

They were rushed to St. Vincent via the SVG Coast Guard Service for medical attention at the Milton Cato memorial Hospital.

All information will be treated confidentially, police say.

McFee has been in the headlines in St. Vincent and the Grenadines and Grenada since 2016.

He, however, pleaded not guilty to possessing a .38 Glock pistol without a licence on the same date.

On Oct. 10, 2016, McFee, along with Martin “Jahson” James, 45, of Glen were charged with the with the murder of 10-month-old baby Mozorie Lee, who died when his parents were sprayed with bullets at their Glen home

The men were also charged with the attempted murder of the child’s parents, Shelly-Ann Durham, a babysitter of Glen and Mozart Lee, an audio technician, also of Glen.

The men were discharged at the end of a preliminary inquiry the following year, before being indicted on the same charges again on Oct. 26, 2017

They were, however, freed of the charges at the High Court.

On Oct. 14, 2017, McFee escaped through a window at a shop in Diamond as gunmen moved in and sprayed the building with multiple shots that left one man dead and seven others injured.

The following day, gunmen made an attempt on the life of Paul’s Avenue, Kingstown resident Jawansa “Sanga” Fraser, who survived being shot six times in his home community sometime between 11 a.m. and noon on the day in question.

McFee, along with Glen resident, Colin “Cocoa” David, originally of Long Wall, and Rockies resident Jomarno “Small Man” Tash, were charged with attempted murder in connection with the shooting.

However, they were freed when Fraser failed to attend court.

In December 2018, McFee was charged with  non-capital murder in Grenada, where he allegedly unlawfully caused a wound to 35-year-old businessman, Damian Depradine, who was shot twice in April 2016.

McFee is alleged to have gone to the St. George’s Market in Grenada and began shooting indiscriminately, injuring at least three people.

McFee was also arrested in connection with a drug bust in Carriacou on Dec. 7 but was later freed of those charges.

On May 11, 2020, McFee was again arrested in Grenada and charged with money laundering in connection with EC$14,000 found at a residence on the island.