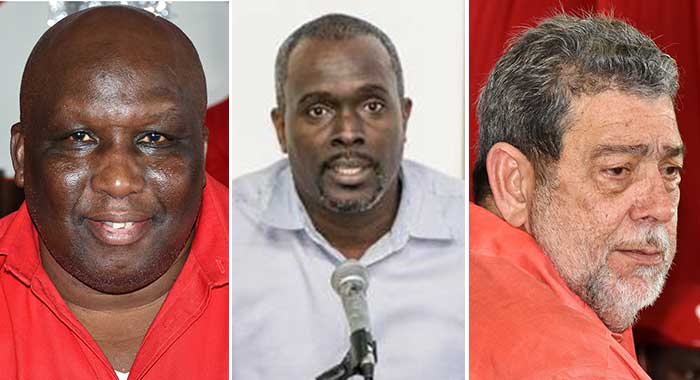 Prime Minister Ralph Gonsalves was so moved by the announcement by public servant Phillip Jackson that he wants to contest the Marriaqua seat for the opposition that the national leader called the current representative, Jimmy Prince.

However,  the prime minister’s call, he said, was not one of concern, but of celebration.

“But I called Jimmy because the news that I got was that he was selected. I said, ‘Jimmy, your prayers have been answered; Philip Jackson is the candidate.’

“I was disappointed when I wake up Monday morning and hear he had only offered himself. I was profoundly disappointed. I hope he is the candidate,” Gonsalves said on NBC Radio on Wednesday.

Jackson, 44, the science and technology coordinator in the Ministry of Economic Planning, is among four persons who have expressed an interest in representing and becoming the NDP’s candidate in Marriaqua.

“And somebody tells me there is a group called The Movement with some people, I don’t know, half a dozen people… They give themselves a certain degree of self-importance.

Adrianna King, an educator, has expressed interest in becoming the NDP’s candidate in East St. George, where the prime minister’s son, Minister of Finance Camillo Gonsalves is nearing the end of his first five-year term in office.

“One of the things with me, I am grounded,” the prime minister said.

Regarding his own Unity Labour Party, which is seeking an unprecedented fifth consecutive term in office, Gonsalves said:

“We have all our candidates lined up to run on mainland St. Vincent. In every constituency we know who we have.

Gonsalves said that what Jackson did could not happen under Sir James NDP administration.

“…by the way, nothing like that coulda happen under Sir James, you know, a public servant announcing that he is a candidate before he resigns or anything like that. To me, that doesn’t faze me,” Gonsalves said.