If racism is the problem, is Marxism the solution? 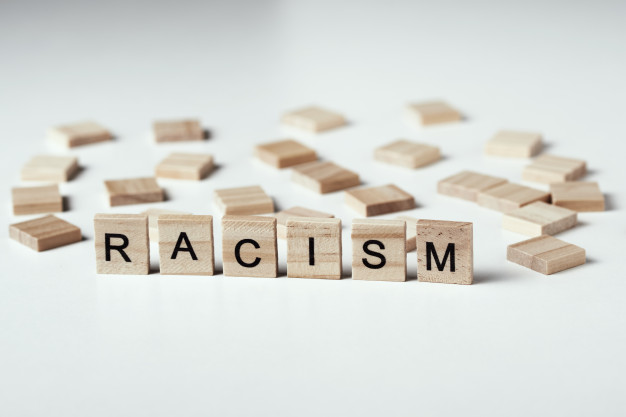 “We are trained Marxists” (Patrisse Cullors, co-founder of Black Lives Matters Global Network [BLM], referring to herself and Alicia Garza, one of its other three founders).

Cullors began her radicalism from an early age. She was the protégé of Eric Mann (former agitator for the Weather Underground domestic terrorist organisation who was imprisoned for his violent illegal activities) and spent years absorbing the Marxist-Leninist ideology that shaped her worldview, including support for violent “direct action” rather than lawful civil disobedience in seeking to overthrow the U.S. government, as Breitbart News reported.

As for BLM itself, formed in 2013, its beliefs, rooted in the sexual orientation and gender views of its founders, include the following:

“We are guided by the fact that all Black lives matter, regardless of actual or perceived sexual identity, gender identity, gender expression … We make space for transgender brothers and sisters to participate and lead.

“We are self-reflexive and do the work required to dismantle cisgender [where a person’s birth status as male or female exactly matches their gender as male or female] privilege and uplift black trans folk, especially black trans women who continue to be disproportionately impacted by trans-antagonistic violence. We build a space that affirms black women and is free from sexism, misogyny, and environments in which men are cantered.

“We disrupt the Western-prescribed nuclear family structure [consisting of a co-resident husband, wife, and children] requirement by supporting each other as extended families and “villages” that collectively care for one another, especially our children …

“We foster a queer‐affirming network. When we gather, we do so with the intention of freeing ourselves from the tight grip of heteronormative thinking, or rather, the belief that all in the world are heterosexual (unless s/he or they disclose otherwise).”

In short, BLM is a matriarchal, collectivist (read: Marxist), anti-traditional family, radical lesbian feminist organisation that protests the killing of unarmed black people only when they are killed by white police officers carrying out their official duties.

These rare killings are always attributed to racism, systemic or otherwise, unarguably a nasty but ancient practice that involves prejudice, discrimination, or antagonism directed against a person or people on the basis of their membership in an identifiable national, ethnic, or socially constructed racial group, typically one that holds a minority or marginalized status.

According to Jomo Thomas whose support of BLM in his latest opinion piece (which also praises the now discredited “Me Too” movement), Systemic Racism Is The Problem is clearly related to his own fondness for Marxist-Leninist ideology and practice, anti-black racism is joined at the hip to a system of global capitalism which fosters “systemic inequality” requiring massive redistribution and reparation:

“The exploitative Capitalist system is closely connected to racism directed at black people and this lives on through neocolonialism, which compounds black suffering across Africa…. Today, we see staggering class divides within many African nations widen, as elites benefit from their lucrative alliances with this neocolonial order…. Unlearning personal prejudices should coincide with undoing the structures, logics and economic arrangements that perpetuate global anti-blackness.”

Jomo Thomas’ call to overthrow the world’s capitalist systems, some of them partially racialised on the basis of differential power, privilege, and possessions between social classes, and replace these with classless, stateless egalitarian entities in which there are no wealth differences because there is no private property is at the heart of Marxist theory.

Unfortunately for true believers like the founders of BLM and Jomo Thomas, Marxist ideology and Marxist practice could not be more antithetical.

More particularly, there has never been a successful Marxist experiment, namely one where the three Ps — power, privilege, and property — have been equally distributed among all member of the society leading to the withering away of the state. More to Jomo Thomas’s main point, there has also never been a communist country where racism has been reduced let alone eradicated.

“There is … a growing assumption among racial justice advocates that more socialism would result in less racism and, even, that socialism is, in itself, anti-racist. There is, in fact, no such necessary connection between socialism and anti-racism, as a closer look at early socialist writings amply shows … In addition to racism, early socialist writings contained explicit calls for genocide of backward peoples. The toxic mix of those two illiberal ideas would result in at least 80 million deaths [at the hands of Stalin, Hitler, and Mao Zedong] during the course of the 20th century.”

Such deaths were rooted in Marxist ideology. Karl Marx and his patron/collaborator Friedrich Engels’s theory of history contained racist components. According to these founding fathers of communism, racial disparities emerged because of shared natural and social conditions solidified over generations of cultural and biological transmission.

They racialised skin-colour groups, ethnicities, nations and social classes, while endowing them with innate superior and inferior character traits. They regarded race as part of humanity’s natural conditions, upon which the production system rested. Spurious “races” endowed with superior qualities would boost economic development and productivity, while the less endowed ones like the so-called black race would hold humanity back and should therefore be exterminated.

It was the brutal application of this ideology that allowed Adolph Hitler to nearly take over the world.

Closer to the present, even Che Guevara, the Argentine revolutionary and comrade of the late Cuban dictator Fidel Castro, offered his views on race in his 1952 memoir The Motorcycle Diaries, writing, “The Negro is indolent and lazy and spends his money on frivolities, whereas the European is forward-looking, organised and intelligent.”

No wonder there is so much anti-black racism in contemporary communist Cuba.  One survey showed that white Cubans believe that black people are “less intelligent than whites” (58%) and “devoid of decency” (69%). Frommer’s Cuba travel guidebook warns that black female tourists can have a hard time entering hotels and restaurants because they are sometimes mistaken for Cuban prostitutes by the security forces.

According to anthropologists dispatched by the European Union, racism in Cuban is systemic and institutional. Black people are systematically excluded from positions in tourism-related jobs, where they could earn tips in hard currencies. The same study even found that black people are relegated to poor housing, are excluded from managerial positions, and are five times more likely to be imprisoned. Black people also complained of suffering the longest waits in healthcare.

Pervasive anti-black and other racism is also rampant in other communist or socialist countries such as China, Vietnam, Russia, Venezuela, and Nicaragua.

In short, contrary to Jomo Thomas’ position, Marxism/communism/socialism, in both theory and practice, are as “tolerant” of racism as any other political system.

How many of these super-rich “black supremacists” along with their thousands of multi-millionaire counterparts are going to check and then renounce their privilege by voluntarily redistributing all this treasure to create Jomo Thomas’s socialist paradise?

No wonder that Marxist-Leninist regimes almost invariably arise through violent revolution or military conquest and are only sustained by brutal totalitarian force.

2 replies on “If racism is the problem, is Marxism the solution?”