The law and marital rape in SVG 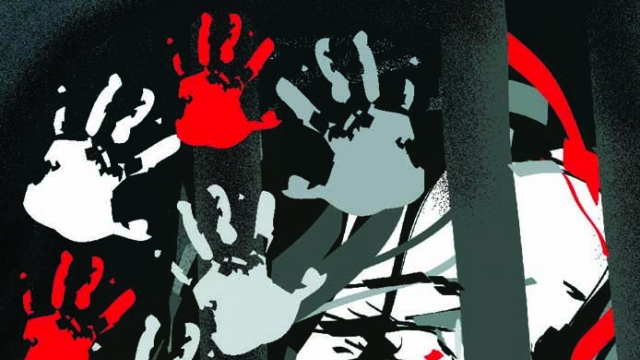 Rape is a very serious crime and can be a very traumatic experience for victims. Many victims, males, and/or females, may suffer from detrimental mental, emotional, and/or physical impacts as a result of being raped. No one deserves to be raped and there is absolutely no justification for raping another person. If someone does not consent to have sexual intercourse with another person, their wishes should be recognised and respected.

I believe that consent before and during sex should be mutually agreed upon by the parties involved. However, what about rape occurring within a marriage? Is rape within a marriage considered a criminal offence in St. Vincent and the Grenadines (SVG)? Let us look at some legal authorities.

(1) A man who rapes a woman is guilty of an offence and liable to imprisonment for life.

(a)       he has unlawful sexual intercourse with a woman who at the time of intercourse did not consent to it; and

(b)       at that time he knew that she did not consent to the intercourse or he was reckless as to whether she consented or not.

(3) If at a trial for a rape offence the court has to consider whether a man believed that a woman was consenting to sexual intercourse, the presence or absence of reasonable grounds for such belief is a matter to which the court is to have regard, in conjunction with any other relevant matters, in considering whether he so believed.

(5) For the purpose of this section a woman is deemed not to have consented to sexual intercourse if her consent is obtained by threat or force, or by use of force, or by means of threats or intimidation of any kind, or by fear of bodily harm, or by means of false representations as to the nature of the act or, in the case of a married woman, by personating her husband.

There are many issues and/or several deficiencies that I recognise with how section 123 was drafted that immediately jump to my attention, and I believe that section 123, amongst many other sections in SVG’s Criminal Code, needs reform and/or to be amended.

One thing that I will mention that stands out to me is that section 123 appears to only explicitly deal with cases in which a man rapes a woman, which I think may limit the scope of this section that deals with rape in SVG. I think that the language in section 123, should as much as reasonably possible, be gender-neutral and/or that the law should be equally applied to both sexes, as amongst other things, I believe that a male can be raped by another male and that a female can rape a male. However, for the purposes of this article, what strikes me is that marital rape or spousal rape is not explicitly mentioned under section 123.

During my research, I found the 2018 judgment on sentencing of the St. Vincent and the Grenadines case of The Queen v. [name omitted] on the Eastern Caribbean Supreme Court website. In that case, a man was, amongst other things, convicted of raping his estranged wife. The High Court of Justice noted that the victim had filed for a divorce and had been granted a decree nisi. However when the trial had commenced it had not been made absolute.

My firm belief is that all non-consensual sexual intercourse or acts occurring within and outside a marriage should be criminalised and explicitly criminalised, too. If a man wants to have sex with his wife, he must obtain her consent and I believe that the same should also apply to a woman who wants to have sex with her husband. I also believe that the same rule/s of consent regarding sex should also apply to same-sex relationships and marriages.

Obtaining consent before and even during sexual intercourse with another person is very important, and I believe that it is also important in a marriage. Addressing rape in all its forms and all the contexts under which it may take place helps to address issues related to sexual violence.

The World Health Organization (WHO) in its 2002 “World report on violence and health”, defines sexual violence as “any sexual act, attempt to obtain a sexual act, unwanted sexual comments or advances, or acts to traffic, or otherwise directed, against a person’s sexuality using coercion, by any person regardless of their relationship to the victim, in any setting, including but not limited to home and work”.

*Jeshua Bardoo is a 2012 Vincentian National Exhibition Scholar and a 2019/20 Chevening Scholar studying an LLM International Human Rights Law at Brunel University London. He can be contacted at [email protected].

One reply on “The law and marital rape in SVG”