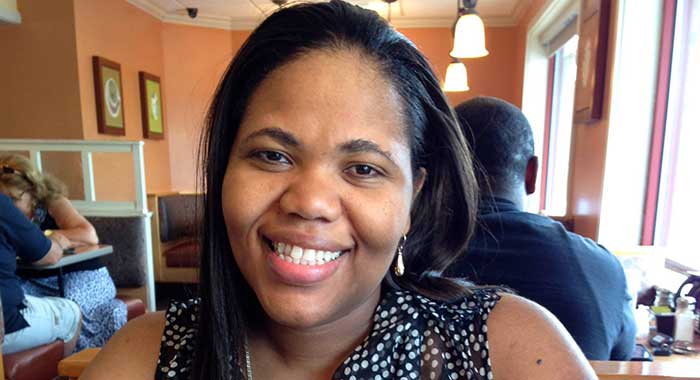 Reisha Twana Browne-Caesar, wife of Minister of Agriculture Saboto Caesar, who was allegedly robbed by five men at her Cedars home in 2018, has opted not to offer any evidence against the alleged assailants.

On Wednesday, at the Kingstown Magistrate’s Court, where a preliminary inquiry was scheduled to take place, Browne-Caesar told the court that she was not proceeding against the accused men.

In keeping with the standard procedure, Senior Prosecutor Adolphus Delplesche asked Browne-Caesar if she had come to the decision of her own free will and she said yes.

The prosecutor further asked Browne-Caesar, a physician, if she had forgiven her alleged assailants and she said no, but that she was not proceeding any further with the case.

The prosecution then withdrew the charge against the men.

Suspended police officer Ettian Charles, 34, who was in April convicted of conspiracy to burglarise the Postal Corporation, along with Elroy Rogers, 28, of New Montrose, Glenville Harry, 36, of Vermont and Rocuan Robinson, 31, of Campden Park, were charged in connection with the Sept. 15, 2018 robbery.

The Crown had alleged that the men, being armed with a gun, robbed Browne-Caesar of a quantity of items valued EC$10,350.50 and other documents.

On July 1, Charles was discharged on a charge that between Aug. 31, and Sept. 1, 2018 at Arnos Vale, he murdered Rodney George, a 50-year-old security guard of Victoria Village.

George’s body was found at GEC Auto Supplies Ltd., after an overnight shift, with multiple stab wounds about the neck.

Harry, Ollivierre, and Ulric “Chucky” Hanson are still subjects of that preliminary inquiry.

The men have a number of other charges before the court, including for armed robbery.