Irrigation key for ‘competitive and penetrative’ agriculture in SVG 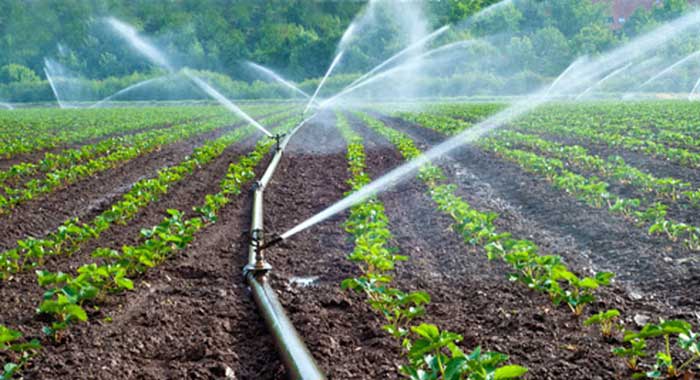 An agriculturalist and political activist says that Vincentian agriculture cannot be “competitive and penetrative” in any market without an irrigation system.

Lauron “Sharer” Baptiste made the point at a New Democratic Party virtual campaign rally this month.

Baptiste said that St. Vincent and the Grenadines now has 10 acres of irrigated farmlands from a government system that once had between 1,200 and 1,500 acres irrigated.

He said that in 1984, the NDP administration installed an EC$25 million irrigation system in the north-eastern St. Vincent — from San Souci to Orange Hill.

In 2004, 2005 a storm destroyed the system. This government deliberately did not fix the system,” Baptiste said.

Citing drought as “a classic example”, Baptiste said that SVG’s agriculture cannot be “competitive and penetrative” in any market without an irrigation system.

“We have seen farmers stay at home, have to turn away from their farms. Why? Because there’s no water.”

He said that to try to combat this, the ruling Unity Labour Party administration installed in Langley Park an irrigation system that could service 120 acres.

“Only 10 acres out of 120 is connected. It has a capacity for another 110 acres, but due to the financial hardship on farmers, they cannot purchase the on-farm equipment for them to use,” Baptiste said.

“I’m saying to the farmers of North Windward and across St. Vincent and the Grenadines, under a New Democratic Party, this would not happen. So help is on its way,” said Baptiste, who failed in his bid to win North Windward for the NDP in 2015.

Baptiste said that SVG is not getting any bigger in terms of its land mass.

“So what we must do, we must increase our agricultural yield and productivity. And one way of doing that is to make sure that we have an efficient and effective irrigation system,” said Baptiste, whose wife, Senator Kay Bacchus-Baptiste, an NDP lawmaker and election candidate has been showing, on Facebook, the yield from vegetables planted during this year’s drought, said to be the worst in SVG in 70 years.

“In order for us to be competitive in regional and international markets, we must increase our yield at least by 150%. We can do it. The New Democratic Party will do it,” Baptiste said.

“Brothers and sisters, we are not going to talk agriculture and pose up for you. You won’t see Major (NDP Vice-president St. Clair Leacock) carrying a bucket to say you’re gonna gi’ goat water,” Baptiste said in an apparent reference to a video posted by Agriculture Minister Saboto Caesar on Facebook.

“Or you won’t see Bruce bend down by a pepper tree and he ain’t know what he looking for,” he said in another apparent reference to the minister.

“We are going to work with the farmers to make sure that we bring about prosperity in St. Vincent and Grenadines,” Baptiste said.