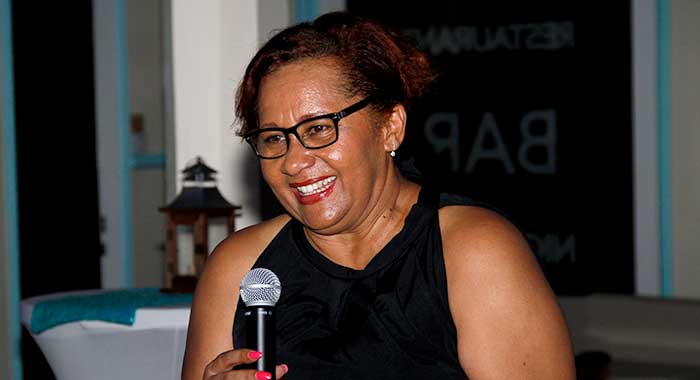 The East St. George Constituency Council of the opposition New Democratic Party (NDP) has selected retired banker Laverne Gibson-Velox as their choice of candidate in the next general elections.

Gibson-Velox’s nomination has to be ratified by the central executive of the NDP before she is formally declared as a candidate for the party.

Gibson-Velox joins Kay Bacchus-Baptiste, the NDP’s candidate for West St. George, and the ruling Unity Labour Party’s Senator Debbie Charles and Mineva Glasgow as the females so far declared as candidates in the next general elections.

Charles will make a second bid to unseat the NDP’s chairman, Daniel Cummings, in West Kingstown.

Glasgow, a retired social security expert and first-time candidate, will try to stop the NDP’s Nigel “Nature” Stephenson from securing a third term in South Leeward.

There are no female area representatives in the current Parliament.

Prime Minister Ralph Gonsalves has said that general elections will be held by the end of this year, ahead of the March 2021 constitutional deadline.

2 replies on “Gibson-Velox gets nod in E. St. George”