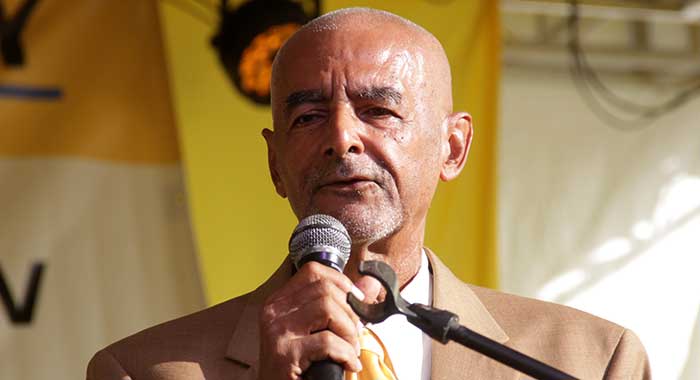 Sixteen years after acquiring his property and 14 years after a tribunal ordered the payout, the Ralph Gonsalves government has finally decided to pay former Member of Parliament Marcus DeFreitas.

Prime Minister Ralph Gonsalves did not mention DeFreitas by name when he announced the decision on Wednesday, but all indications are that he was referring to DeFreitas’ case.

“There’re some other property owners which we’re trying to settle and there was one which is long standing. I don’t have to call the name. I’ve given instructions, having taken proper advice from the various officials of state. We will put a certain sum in the Treasury because it’s being held up,” Gonsalves said on NBC Radio.

He said that while people think that the government was holding up the payment, that was not the case.

“The matter went to a tribunal then it went on appeal. Then there was to be a new tribunal and there were problems, delays and for one reason or another.

“Anyway, we put a sum of money. If they’re not satisfied with that, they can take that money and say well they’re going to the tribunal for more but at least, and particularly now that we are going to have an imminent developmental use for the property,” Gonsalves said.

The “imminent developmental use” that the prime minister spoke of was the proposed erection of a hall of justice and a Parliament building on the land, using US$20 million borrowed from Taiwan.

Some persons have pointed to the irony of the government moving to build a hall of justice and a Parliament at the site of what they say is one of the greatest injustices that the Gonsalves-led Unity Labour Party administration has perpetrated as far as land acquisition is concerned, since coming to office in March 2001.

On Oct. 3, 2008, the Land Acquisition Act Board of Assessment, chaired by High Court judge Justice Frederick Bruce-Lyle, ordered the Gonsalves government to pay DeFreitas Investment Holdings Ltd. (DIHL) EC$4,140,000 in costs and compensation for a property at Murray’s Road, which was acquired in 2004.

DeFreitas, a businessman who was also Member of Parliament for West St. George under the New Democratic Party administration, had claimed EC$6,810,933.63 in compensation for his property and business.

A source close to De Freitas said he has not been paid a single cent for the property, even as the government paid some EC$4 million for an even smaller parcel of land that it acquired nearby.

7 replies on “After 14 years, gov’t decides to pay Marcus DeFreitas”