PM comments on ‘conflict’ among expats, locals in Bequia 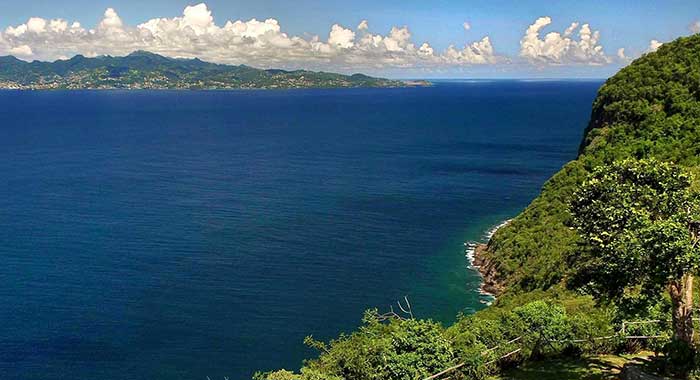 Prime Minister Ralph Gonsalves has urged mutual respect between the expatriate and local population in Bequia amidst conflict over a recreational site in Spring, an upscale community in the northern Grenadine island.

Speaking on NBC Radio on Wednesday, Gonsalves noted that citizenship by naturalisation is not infinite and can be revoked, even as he urged born-Vincentians not to assume that people who have a different view and are of a different ethnicity are racists.

The prime minister, who has ministerial responsibility for Grenadines Affairs, said he had received a number of emails “concerning certain attitudes and the use of a place where the community will go and some people don’t want community to go there.

“… And I don’t like some of the things which I read,” Gonsalves said.

“I’m just saying to everyone, St. Vincent is a welcoming community. Through the fever of history, we have fashioned a civilisation of nobility. I repeat that, metaphorically, we are the songs of the indigenous people — the Calinago and the Garifuna, we are the rhythm of Africa, we are the melody of Europe, we are the chords of Asia and we are the home-grown lyrics of the Caribbean.”

The prime minister said that Vincentians built institutions and a culture of tolerance.

Gonsalves, who has ministerial responsibility for citizenship matters, said he welcomes everyone who comes to St. Vincent and the Grenadines.

“I welcome those who have been granted the privilege of citizenship in our country — permanent residents or temporary residents. We welcome those who we give work permits because we see you as important partners, all of us, in our development.

“I’m asking you, however, not to take our hospitality and our welcoming for granted. I’m urging you not to abuse it. Wherever there are differences, I urge you to resolve them within the spirit of how our civilisation has evolved this magnificent island civilisation of the Caribbean, the Vincentian component. I want to make that plea, first of all.”

Gonsalves said he had received a report, which might not be correct, that two persons who have gotten citizenship by naturalisation or registration told a Vincentian-born citizen during a conflict, ‘Do not think any of you can get me out of here. I am a citizen, like you, and I can say what I want and I can do what I want.’

“I want to say to such persons: don’t talk like that, because it’s not so. I also want to say to our Vincentian-born citizens, don’t throw it in the face of others who come amongst us. Let us be civil and let us all resolve our disputes together, sensibly.”

The prime minister read “for those who are under any misapprehension” what the law says about citizenship naturalisation, or registration and how it might be revoked.

“Remember, I start in talking about our civilisation. I’m urging all those who come here as citizens — don’t think you’re better than us. We’re not better than anybody but nobody is better than us.

“This country, if you don’t know it, has been forged through the crucible of genocide, native genocide and the enslavement of Africans as we have suffered from indentureship, both those who came from Madeira and those who were brought from India.”

He, however, said that the nation has developed “a remarkable tolerance even with colonialism and imperialism that sought to downpress us.

“And as a good Christian and welcoming people from this remarkable civilisation, we love you and we want you to be here. Do not take our tolerance or welcome for granted.”

He also said that Vincentian-born citizens must not assume conflict among person of different ethnicity is “ethnic-based”.

“I want the persons in Bequia to know that I’ve read the emails and I’ve heard the complaints and I’ve spoken to people who I consider to be responsible. The issue which is happening at Spring, you can resolve it and resolve it sensibly. I hope I don’t have to say anything or do anything further,” Gonsalves said.

iWitness News has received copies of emails which suggest that some residents of Spring view the recreational area as private.

In one email, a resident complained about going to the recreational area with a guest one night and meeting about 30 people from a local church having a prayer meeting there.

The resident complained that it would have been impossible to have a private barbeque there, had that been the intention.

However, in a press release on Wednesday, the Spring Property Owners Association (SPOA) said that it wanted to set the record straight.

It said that Spring Park was owned since the 1960s by Always Sprint Ltd., which, in 2012, legally handed over management of the land to SPOA “to ensure that rules regarding its special status were strictly maintained”.

The press release said that in January 2013, SPOA instructed the persons who built in the land, without approval, not to construct any further buildings.

“SPOA wishes to remind the citizens of Bequia that Spring Park remains open to all, and is available for the people to sit and enjoy the natural beauty. SPOA have asked all local authorities to assist with key holding for the building if anyone wishes to use the facilities.”

The release further said that Spring Park is a nature reserve located in a residential area and to ensure that the beauty of the site is maintained, use of the premises and facilities is subject to St. Vincent and the Grenadines National Parks terms and condition.

6 replies on “PM comments on ‘conflict’ among expats, locals in Bequia”