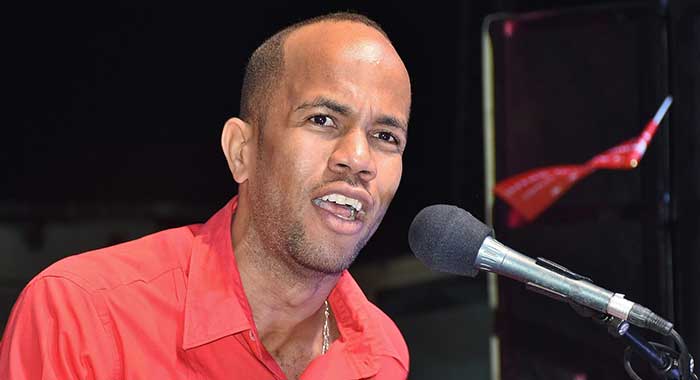 Unity Labour Party candidate for East Kingstown, Luke Browne said that an opposition New Democratic Party member is guilty of breaking the voter registration law he claims to be protecting.

Speaking on Star FM, the ULP’s radio station on Tuesday, Browne said that the NDP observers “have some gall and some nerve in the way in which they going about things”.

He said they were trying to create fear and to intimidate people “in essence, to turn them away from participating in elections.

“That’s for sure is their party policy and that is something that they trying to play in East Kingstown.

Browne said that when registration was being conducted at Technical College some time ago, a spokesperson for the NDP went there saying they want to prevent any wrongdoing from taking place, alleging that it had been their experience over the years that there have been irregularities and non-constituents registering to vote in East Kingstown.

The politicians said the observers were claiming that in so doing, these alleged illegal registrants were trying to subvert the will of the people in East Kingstown.

“… one of these so called observers that they had down at the registration centre is guilty of that kind of act,” Browne said.

“There’s a letter, which was signed — and we spoke about this publicly before — by 15 different persons out of Mala village, protesting the fact that Frank Clarke, who is a person who wanted to be the NDP candidate in East Kingstown, does not live in Mala village, notwithstanding what he said to a registration officer, which is an offence under Section 22 of the representation of the People Act.

“And then they have this recent thing where am a man was basically caught red handed. Is it proper conduct for a person who’s seeking to be the candidate for a party in a constituency to be seen openly giving out money to people at a registration centre.

“Come on man? Come on. We could do better. We could have higher standards in the conduct of our political affairs. People from East Kingstown will deliver precisely that judgment in the not too distant future whenever the Comrade is ready to ring the bell.”

Browne is making his third attempt to win East Kingstown for the ULP.

Prime Minister Ralph Gonsalves has said that general elections will be held in December, ahead of the March 2021 constitutional deadline.