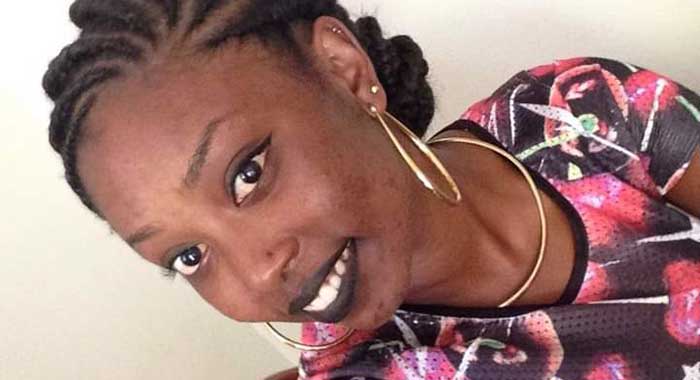 The 23-year-old woman who was, on Monday, bonded and fined on multiple theft charges was, on Tuesday, given a suspended prison term for giving the police a false name.

Cassy Bradshaw, unemployed, of Brighton/Enhams, was sentenced to one month in prison suspended for one month for her offence.

She had pleaded guilty one day earlier and had been remanded in custody as she awaited sentencing, having pleaded guilty to a charge that on Aug. 7, at the Criminal Investigation Department, Kingstown, when lawfully required to give her name and address to a police officer, she did give a false name, to wit, “Cassandra Richards” of Brighton/Enhams.

The facts of the case are that last Friday, Aug. 7, Bradshaw was arrested for the theft of a number of items from Jax Enterprises Ltd., in Kingstown, and was taken to the CID, where she gave the false name.

She also signed a caution statement in the name of “Cassandra Richards”, the name in which she was charged.

However, after the police brought the theft charges and while Bradshaw was still in custody, the police received information that she had given a false name.

Police then checked her bag and found a receipt in the name “Cassy Bradshaw”.

Bradshaw volunteered a statement admitting to the offence.

During mitigation at the Serious Offences Court on Tuesday, Bradshaw, who did not have a lawyer, told Chief Magistrate Rechanne Browne, who presided, that she gave the false name because she was about to apply for a police record.

She said she had just applied for a job and did not want her criminal conduct to be reflected on the certificate of character.

Asked for his submission on sentencing, Senior Prosecutor Adolphus Delplesche said to Bradshaw:

“What is wrong with you? You think giving a wrong name will help you? It made matters worse.

“You ever heard about the ‘SSS tonic’?”

Richards said she had heard about tonic but not the “SSS” brand.

“A short, sharp shock will straighten you,” the prosecutor said.

“That means a stint in prison,” the chief magistrate said, explaining the prosecutor’s coded language.

Delplesche told Bradshaw that she needs to change.

“You really think that with what you are doing, anyone will hire you and what you were brought for yesterday,” the chief magistrate said, referring to the theft charges.

Bradshaw made other submissions to the court, but they were hardly audible to persons sitting in the public gallery.

However, she had told the court the previous day that she is the mother of an 8-month old baby.

“You have a baby? I don’t believe anything you say,” the chief magistrate told the woman.

Bradshaw, however, maintained that she had an 8-month-old child.

The prosecutor told the court that what the defendant did was very aggravating but noted her “tender age” and the fact that she had a young child.

He recommended a suspended sentence.

The chief magistrate noted the woman’s early guilty plea but said that the criminal record she obtained the previous day would work against her.

She said that while childcare is the responsibility of both parents, the state has a mechanism to deal with parents who are delinquent in providing for their children.

On Monday, Bradshaw pleaded guilty and was bonded in the sum of EC$1,500 for six months or six months in jail.

She also pleaded guilty and was ordered to compensate the store in the sum of EC$52 by Aug. 14 or spend two months in prison for stealing one stainless steel water bottle, valued at EC$38 and one travel mug valued at EC$15 from the store on July 31.

On that occasion, she stole, among other things, Huggies Natural Care wipes, a Blue Adequai umbrella, a Bible story book and Keyword fairy tale children books

The woman told the court that the stolen items were for her child.