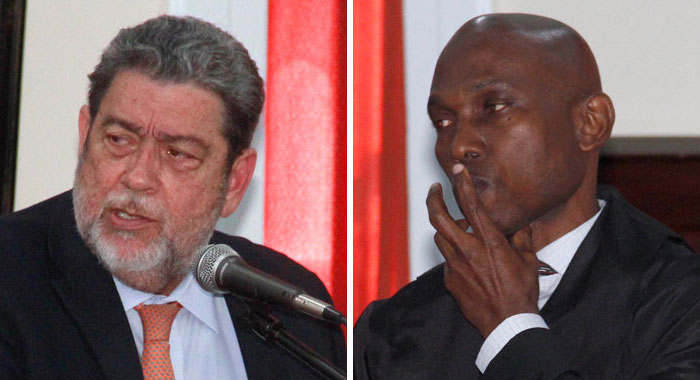 Prime Minister Ralph Gonsalves says a recent article about monies owed to former workers at the defunct Buccament Bay Resort had both the facts and the law wrong.

Gonsalves did not identify the article or the writer in his recent comments on radio.

However, his comment suggested that he was referring to a column by social commentator and former Speaker of the House of Assembly, Jomo Thomas.

Thomas, who is also a journalist and lawyer, in his July 31 “Plain Talk” column, asked whether Minister of Finance, Camillo Gonsalves, misstated the law when he said neither Sandals Resort International — which has acquired the resort property — nor the government owes the workers who were employed at Buccament Resort.

“The law as outlined in the Protection of Employment Act and the National Insurance Service Act contradicts what a smiling Camillo Gonsalves told [the] nation last week,” Thomas wrote.

The Gonsalves government has acquired the resort, which has been closed since December 2016 amidst its financial problems and is selling it to Sandals Resort International.

“The article had both the facts and the law wrong,” said the prime minister, who is also a lawyer.

Gonsalves said that the property  company for Harlequin, which owned the resort, is a different company than the management company.

“If it was the property company which had employed the people, the workers would have gone at the time of liquidation to see if they can get money in their property coming down because government taxes would take top priority in the liquidation and then you would he the works pay or severance but they are two separate legal entities,” he said during the programme last Wednesday.

The prime minister said there were other errors in the article “but the basic facts were wrong and the law which was allowed was also wrong in the circumstances.

“But yet, because it is a supposedly responsible person who wrote it, everybody following — well not everybody. Some people are commenting, ‘Yeah, yeah yeah. This thing has to be dealt with. Money must be paid by either the government or sandals.’

“Government didn’t employ anybody. Sandals didn’t take over a company.  Sandals is buying a property which had been already part of the property, the Harlequin part, because, as I have outlined, there are several property owners which form the footprint of what Sandals buying but that substantial part which belong to that Harlequin property company, that had gone through the court with Brian Glasgow as the trustee in bankruptcy.