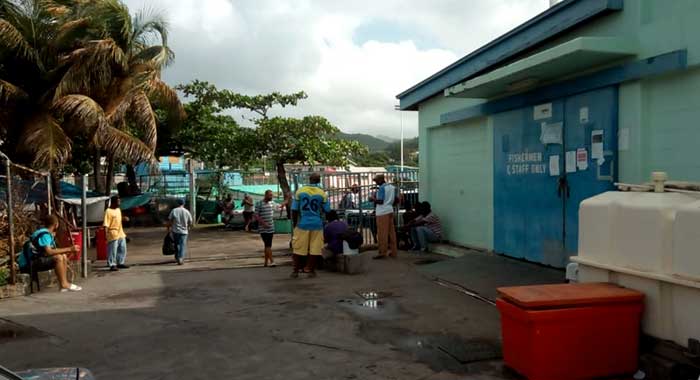 The fisheries complex in Calliaqua, with fishers locked out on Monday.

The complex remained locked after 6:30 a.m., by which time the management would normally have opened the facility so that fishers could access their equipment and set out to sea.

The delay came as the executive of CALFICO, the cooperative that manages the fisheries complex, could not locate the keys, which are normally stored at the Calliaqua Police Station, located nearby.

As the clock ticked up to 8:30 a.m., the fishers demanded that CALFICO either break the lock or pay them a day’s wage.

Some fishers reasoned that the padlocks that secured the facility could be replaced, but they could not be given back their time, and no one would want to compensate them for any financial loss that they might incur as a result of the situation.

Around 8:30 a.m., CALFICO decided to hammer the locks off the doors, and found that the keys to the fisheries complex had been locked inside.

Some of the fishers decided that too much time had been lost and opted to stay ashore while others decided to venture out to sea to see what the seas had on offer that day.

4 replies on “Calliaqua fishers locked out”