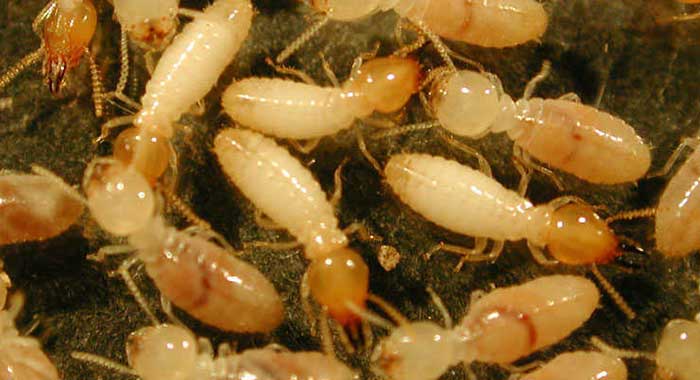 Some schools in St. Vincent and the Grenadines have been taken over by termites.

“When we look at the condition of some schools, termites are taking over. Imagine we have been overthrown by termites — a little insect. You could imagine that?” head of the SVG Teachers’ Union, Oswald Robinson told a press conference in Kingstown on Tuesday.

“What are the authorities doing? What’s BRAGSA doing? Are you just going and watching the building, write down on paper and nothing’s happening,” Robinson told the press conference called to brief the media on matters of concern to the unions ahead of the Aug. 31 reopening of school for all students.

“It’s time to wake up. And this union, we have been asking these questions; we have been asking to improve our working conditions. You have frozen our salary increase despite COVID. That’s what the government has done for trade unions and workers in the public sector,” Robinson said.

He said that another sore point for the union is the fencing of schools.

“If we’re talking about COVID and issues related to security, and you don’t have proper fencing — that is something that we agreed with the government since the Honourable Mike Browne was a minister of education.

“That is 20 years now. And it said this is something that must be phased in. So if the people have not done anything, we’re back to the drawing board.

Robinson said none of the schools in the North Windward area has daytime security.

“… and that is really shameful because security personnel at the school is part of the responsibility of the employer. And there are many instruments we could point out to establish that it is the responsibility.”

He also said that hand washing stations are also an issue for the union.

“It is required that people wash their hands more often. So if when Grade 6 and Grade 5 went back to school [earlier this year], your school had one hand washing station, then it needs more.”

He said that the government has assured the union that during Professional Development Week, which ends on Friday, BRAGSA, the relevant state agency would install more hand washing stations.

“And I expect that they’re going to put in more taps. This is part of our collective agreement.”

He said that there are some schools where male and female teachers have to use the same washroom.

“…that must be corrected,” Robinson told the media.

On the matter of salaries, Robinson said the government has told the union that there must be no salary increase for the next two years.

“And that is contrary because COVID has caused us to spend more money to buy masks, hand sanitising, to sanitise our homes, yet teachers who have gone beyond the call of duty when they could not have found the students online because of one reason or the other, they were visiting homes and preparing work for the students to keep them engaged.

“Our teachers are committed; we want to work but you have to make our working conditions better and it’s not unreasonable. So we expect the authorities to do the honourable thing,” Robinson said.

3 replies on “Teachers ‘overthrown by termites’ in SVG schools”